Before moving to Virginia eight years ago, we lived in upstate New York near Lake Ontario. If you missed the exit to our town, you went to the border, made a u-turn, and came back. Always preferring to live in town instead of on base, we bought a house built in 1895 that featured original stained glass, tin ceilings, handmade tongue-in-groove paneling, and a stone cellar. The house next door was haunted and there was a speakeasy in the basement of one of the homes down the street.  A massive flame maple, a few ugly shrubs and several clumps of peonies completed the landscaping. Hoping to sell the house quickly when we moved, we threw ourselves into restoring the home and creating a small garden.

The closing paperwork on the house included the original deed, handwritten in script on almost transparent parchment. With every new page and owner, the mystery of the house deepened. I wasn't just the latest owner, but another chapter in its story. Down came the neon yellow paneling that hid the handmade woodwork beneath it, the Pepto pink walls painted, moldy linoleum replaced, junk hauled from the backyard. We found tufts of horsehair in the crumbling plaster walls and used the hitching post in the front to help gauge how deep the snow was.

Flowers sprouted where snow had stood in mountains only months before and pigeons roosted on the garage. Rhododendrons, planted far enough away from the roof line to survive icicle sabers, crab apple trees, yarrow, astrantia, lady's mantle, delphinums, campanula, sweet william, and daylillies bought for a $1 a piece replaced the grass. I worked, my husband deployed, the kids went sledding down the porch steps. Our chapter ended and we moved to Virginia.

I've lived in my current house eight years, longer than I've ever lived anywhere. Will someone buy this house some day and proclaim to their friends that they got an incredible deal on a house built in 2003? I'll never know. Instead, I know that I am simply Chapter One. The new owners of my New York house neglected the garden and weeds took over. Military like me, they've already moved and new people have taken their place.

To illustrate my chapter, I've decided to leave notes to whomever lives in this house next. I should have started eight years ago, but I just didn't think about it. Buried in my garden will lay clues about the family that built this house and created the garden. And maybe, just maybe, if the walls are crumbling and the garden smothered with weeds, they will flip back a few pages to Chapter One and reclaim the garden. 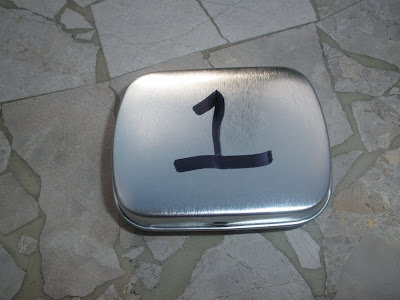 The first tin I buried in the garden. The first note says, "Laura and her best friend Rachel stood under the dogwood tree, posing for pictures before her Sweet 16 party. They are smart, goofy, and beautiful. May 2011" 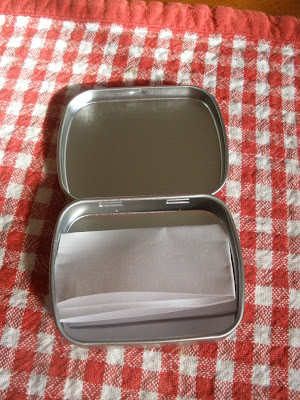 I thought these little tins would hold up better than glass bottles. I slipped it in a Ziploc bag before I buried it. 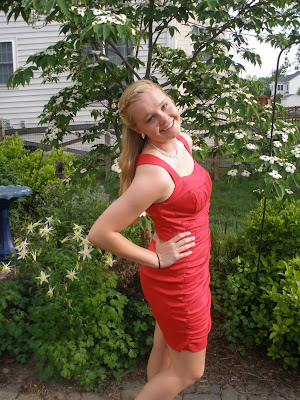