I once thought that to grow an organic garden you simply had to avoid using chemicals. If you chose any organic product over a chemical one, you qualified. It never occurred to me that all the pollinator supporting plants I brought home every spring had already been treated with pesticides. I never once thought I was poisoning the pollinators I was determined to attract. If ignorance is bliss, then I was the happiest person on the planet. 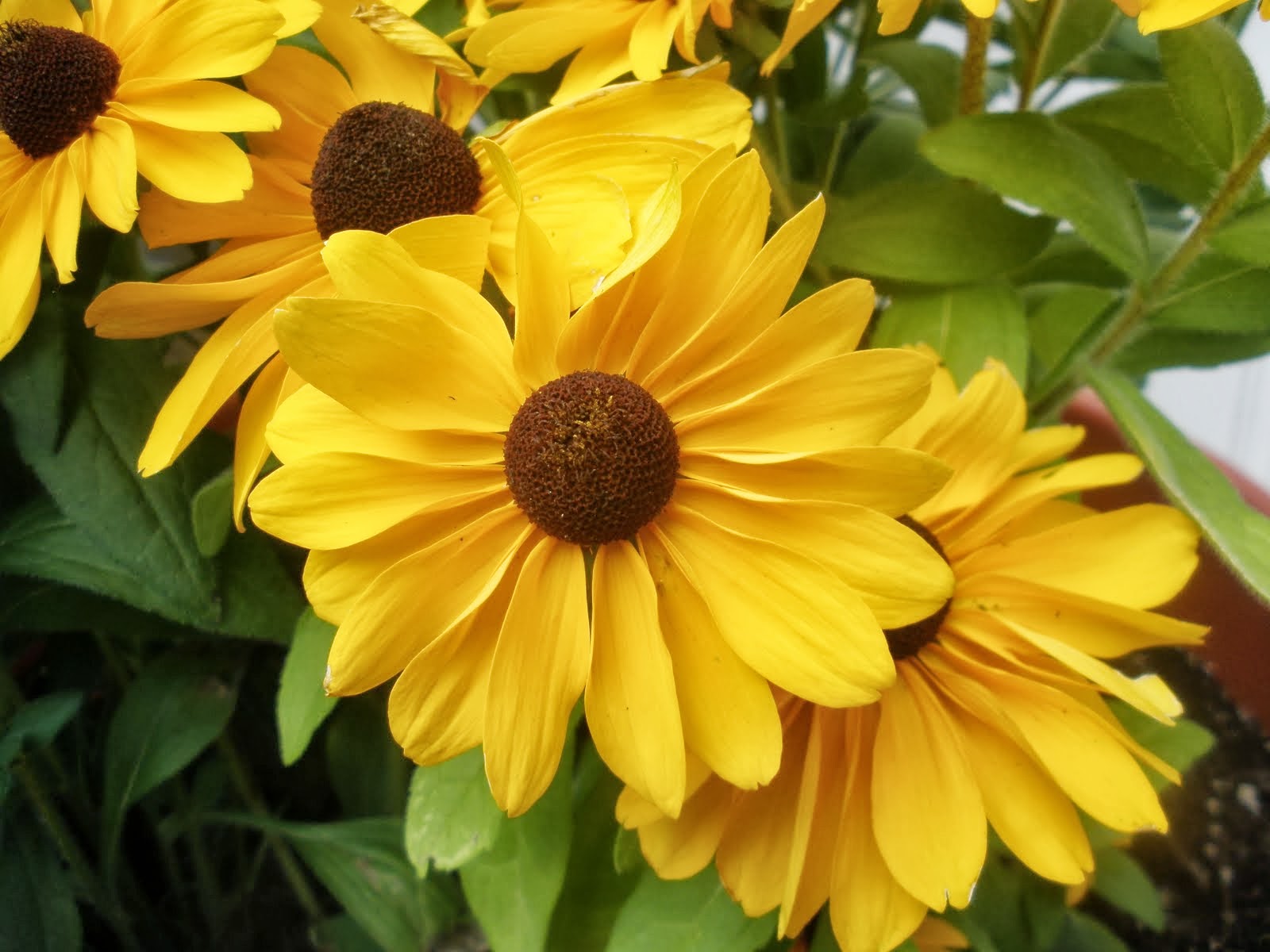 Last summer I stumbled onto an article from BeeAction.org describing the results of independent testing of multiple pollinator-supporting plants taken from local garden centers and large home improvement stores from around the country. Systemic pesticides were present in almost every plant, including pesticides known to contribute to Colony Collapse Disorder in honeybees. Designed to move through the tissues of a plant, systemic pesticides contaminate the leaves, flowers, and pollen of the plants that have been treated. Every bee that came to my garden and visited an annual or newly planted perennial purchased from local garden centers took poisoned pollen back to the hive. Even non-organic fungicides contain pesticides since a fungus is considered a pest. 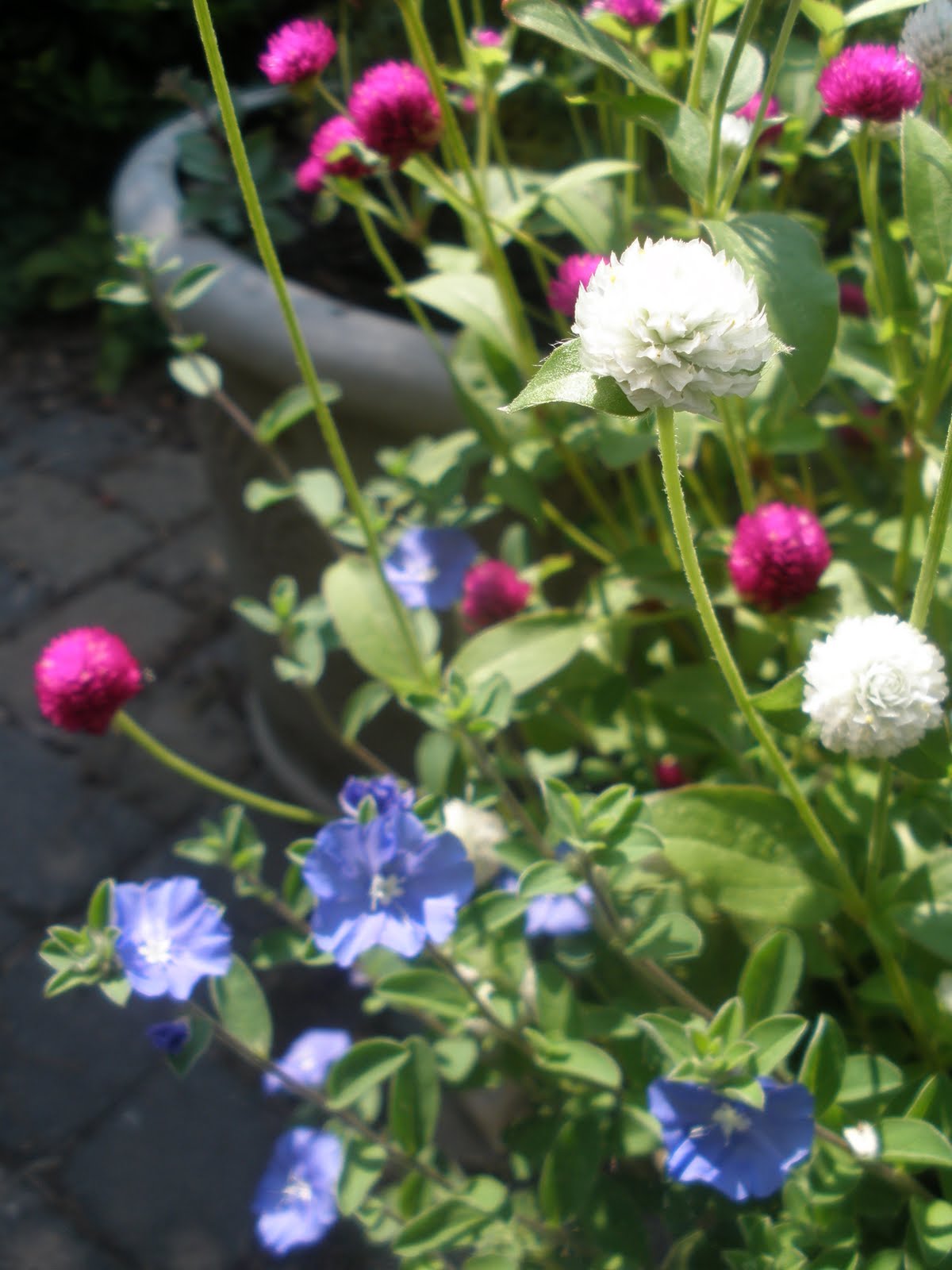 
I can't find an organic grower for annual 'Blue Daze' and it's grown from cuttings not seed so I won't be growing it this year. It's one of my favorite plants. 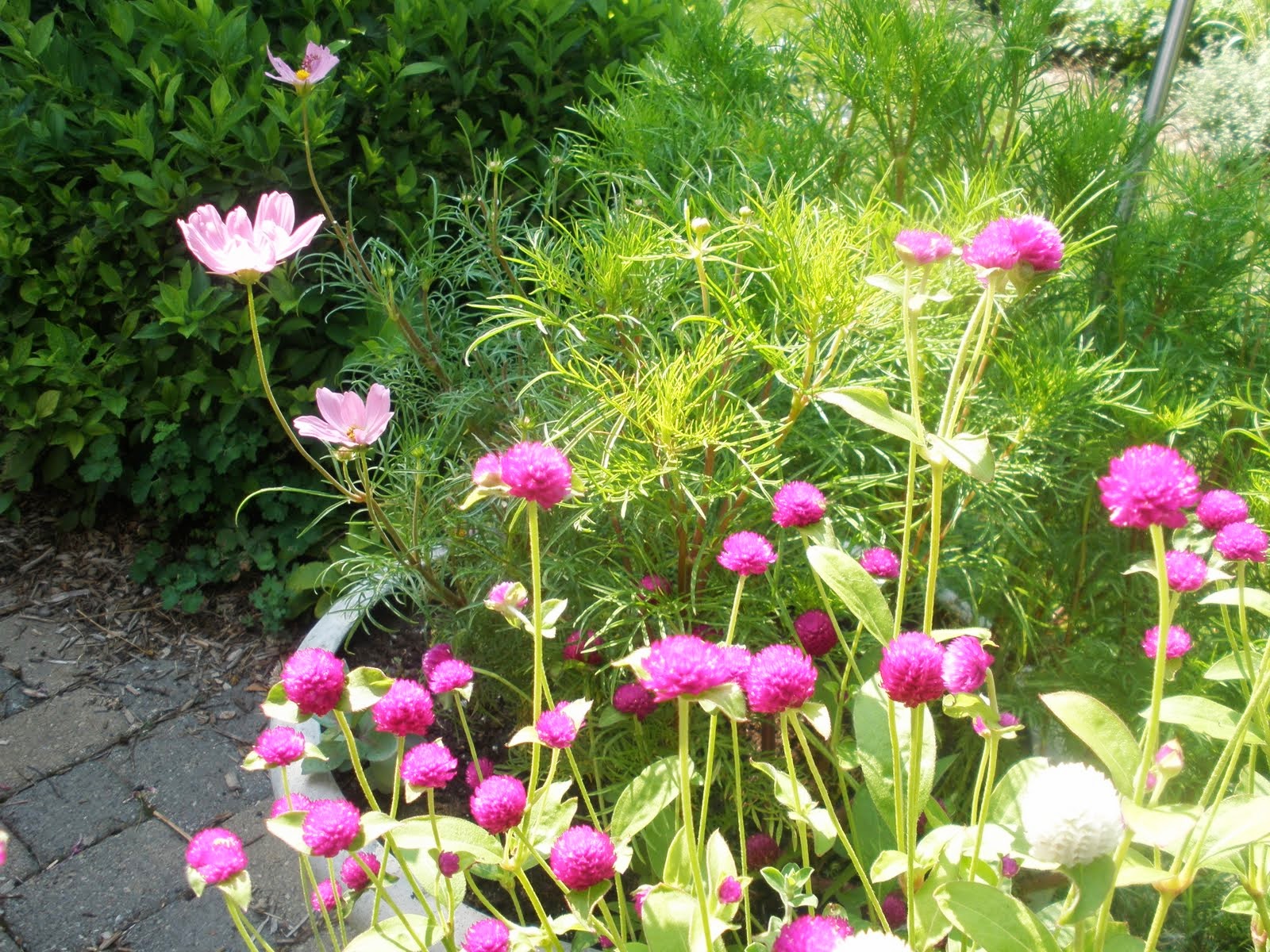 Furious at what I'd learned, I made a choice. I would grow all my own annuals and only buy new perennials from growers who didn't use pesticides. As angry as I was that growers were pretreating their plants, I was worried about my ability to grow the plants I wanted. Ultimately, it all came down to desire, one of our most powerful emotions. My desire to create a garden that functions as a refuge and sanctuary for local wildlife and pollinators is greater than my desire for any particular plant. I refuse to create an oasis only to poison the water. 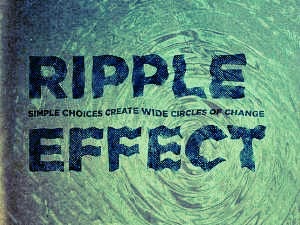 I added as many perennials as I could last fall, knowing that by the time they bloomed this summer the systemics would be gone. Several of the plants in my container garden have heaved out of their pots. I'm hoping to replace them with plants my local garden center is overwintering from 2013. If no older plants are available, I'll wait till fall to buy new ones so the chemicals can break down during winter. While I may seem calm about all this, it's a facade. Even after stewing about this for months, I'm irritated that gardeners are being undermined by the very growers we depend on. 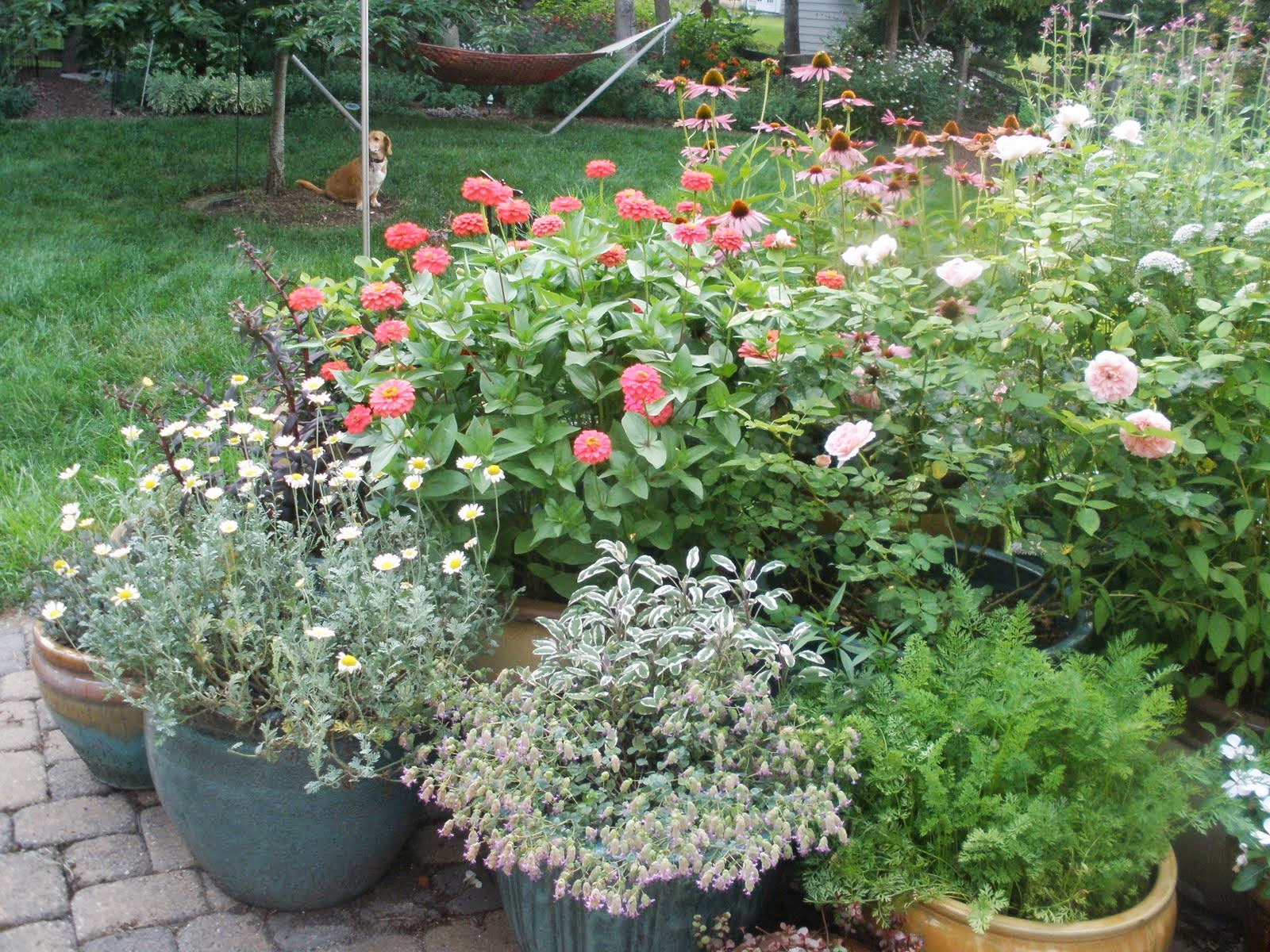 Part of my extensive container garden
I always grow my own zinnias from seed and will be growing about nine different varieties this spring. Fortunately, they're very easy to grow. 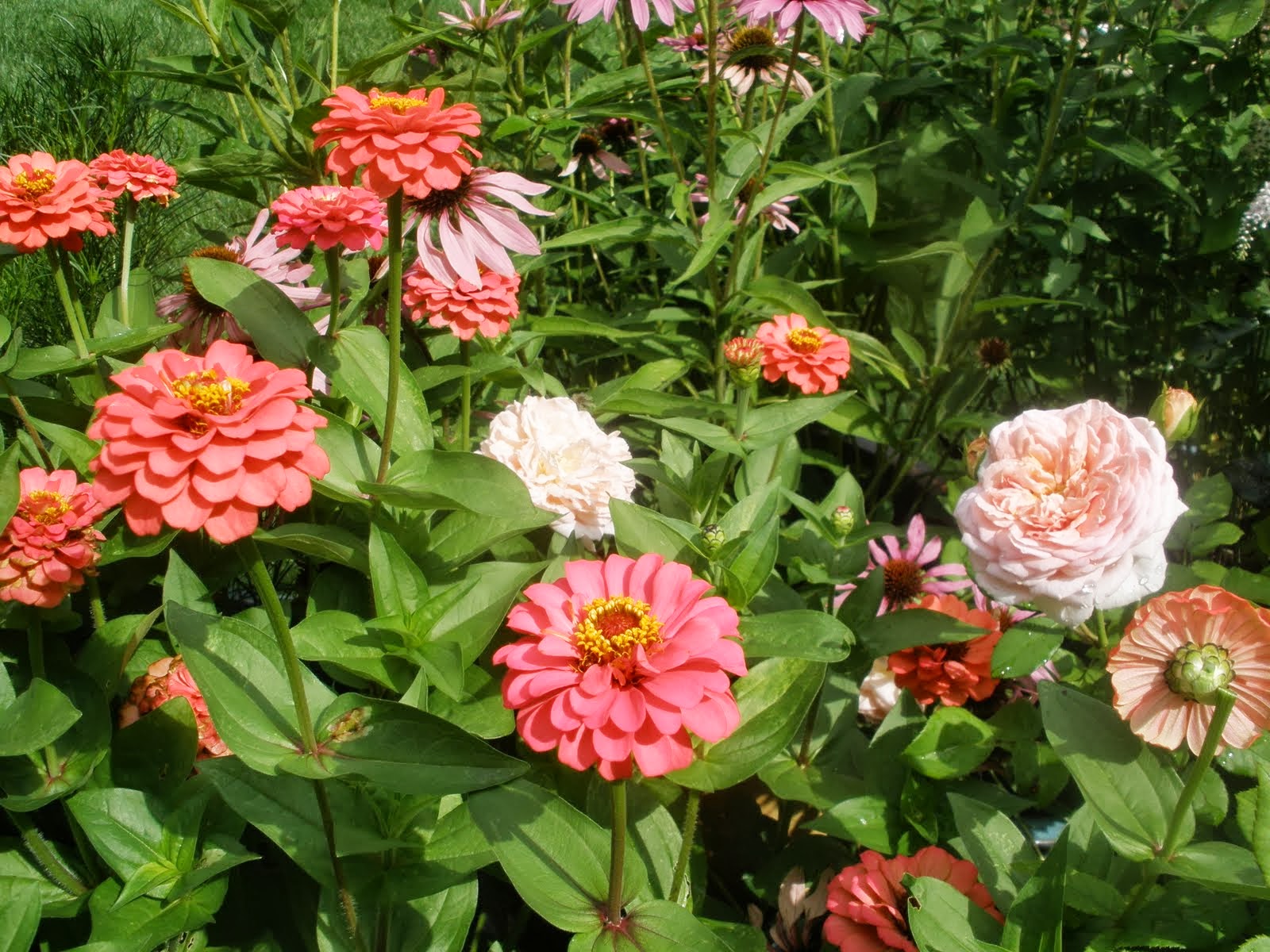 You don't need any special equipment to grow zinnias. They do very well when direct sown into either potting soil or straight into the garden.

I've already started growing my seeds and for the first time in years have only three perennials on order. This year I'm using Streambank Gardens, a small family owned nursery that specializes in growing plants organically. As for all the seeds I've started - so far so good except for some finicky lavender. My next post will show the easy way I've sown my seeds as well as a new method I'm using to winter sow.

I've listed the plants I'm growing from seed and linked them to the companies I purchased the seed from.

Seeds being started in early April: