Clean Up in Aisle One: Redoing the Redo

I've decided I'm tired of learning things the hard way. From now on, I'd like all future mistakes to reveal themselves before they happen in order to make sure they never happen at all. The front butterfly garden I designed in fall 2012 has just been redesigned. While this may not seem like a big deal, it's at least the fifth design this spot has sported and I'm still trying to get it right. 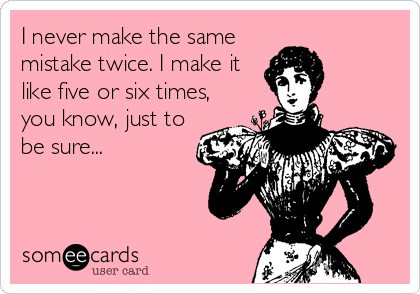 It all started with the pink 'Rose Queen' salvia. Reported to be cheerful, resilient, and carefree, she was hard not to love. Spotted hanging out with all the other sassy salvias at the local hardware store, I bought every pot I could find and brought her home. She basked in the high heat of the back patio while I waited for cooler temps, a rotten flirt in her little black pot. She told naughty jokes and made the sedum blush. She was definitely my kind of plant. 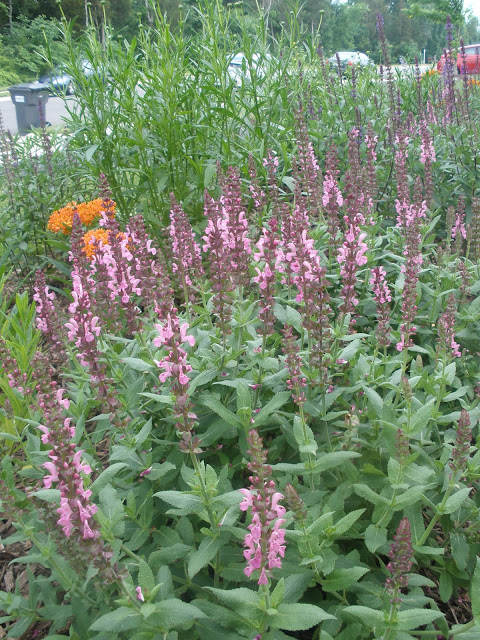 'Rose Queen' salvia with orange milkweed and coreopsis in 2013 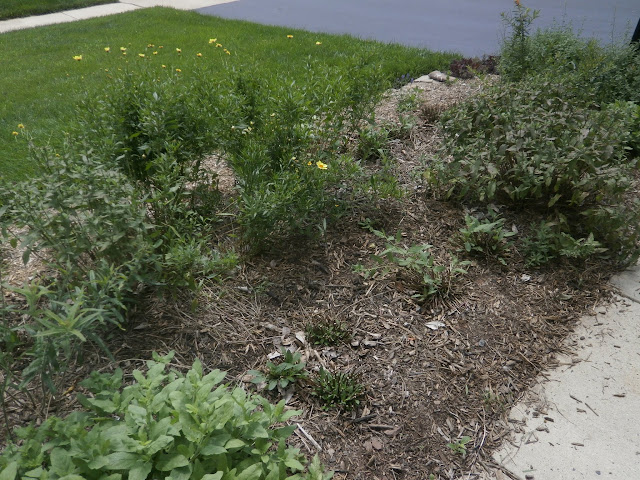 Young salvia nemorosa plants grow erect for the first few seasons and then begin to sprawl, suffocating everything nearby. As the plant ages, the foliage flops to the side while new growth emerges from the center. There are very few blooms during this period. Once I cut it back to speed up the process, the garden looks like it's been scalped. 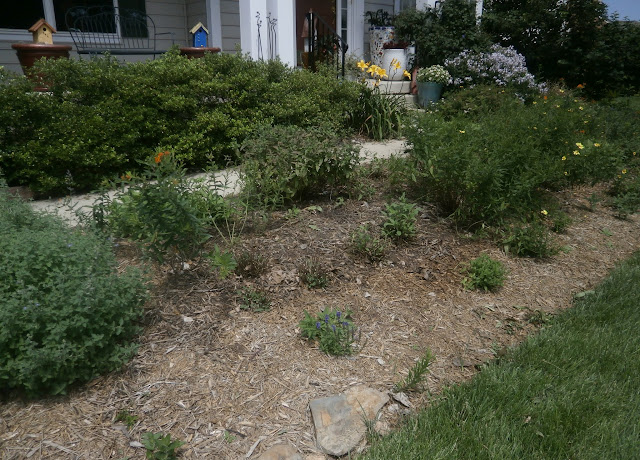 Welcome to the Big Ugly!


But that damn salvia flopped faster than a cheap floozy so out she went. My garden is a high class joint! The salvia was suffocating the milkweed, which grew long skinny chicken legs as they struggled to grow through the mat of foliage. The coreopsis, feeling burdened by the demands of gravity, refused to bloom til almost September and then collapsed forward, exhausted from the rigor of standing erect. What had once been a beautifully orchestrated sweep of bright bloomers had become a hideous mess that left me cringing every time I passed. It was painfully obvious I needed to redesign this bed.... again.

The coreopsis are underwhelming, didn't bloom til late summer and are a pain in the butt to deadhead. Pawn them off on a friend. 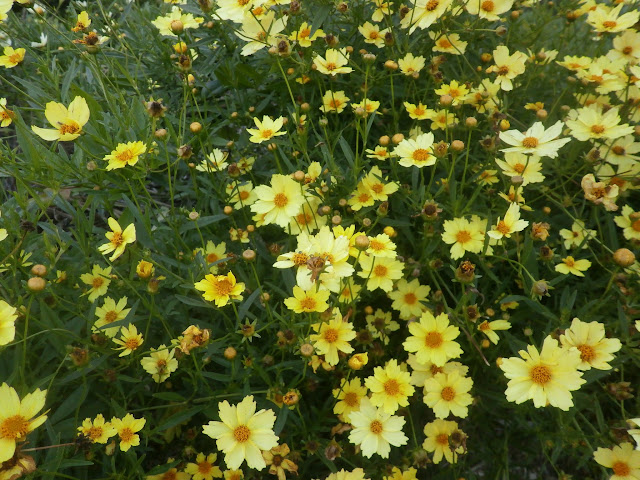 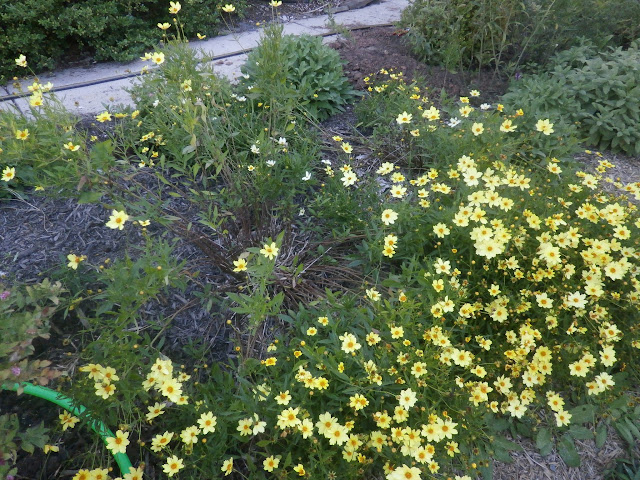 There's too much salvia.  Keep the 'Caradonna', which is a much better plant than 'Rose Queen'. Plant swap the 'Rose Queen'. 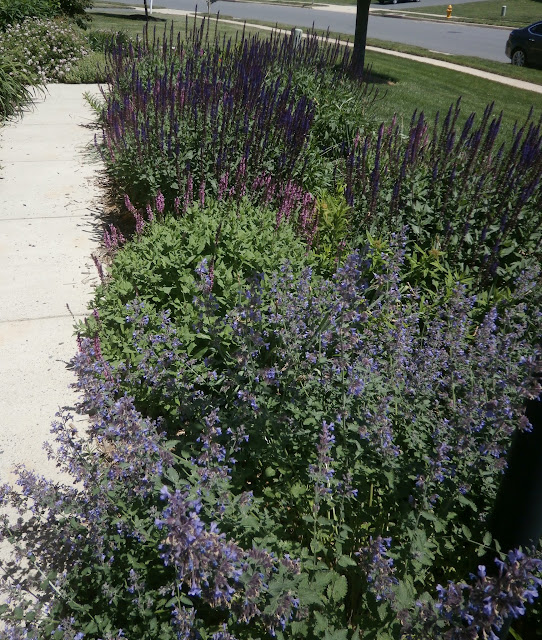 There are too many daffodils and the decaying foliage suffocates everything. Dig them up and find new spots, only to realize I don't have enough new spots.

The leaves and upright growth habits are all very similar giving the bed a boring, monotonous look. Add plants that don't all look the same. 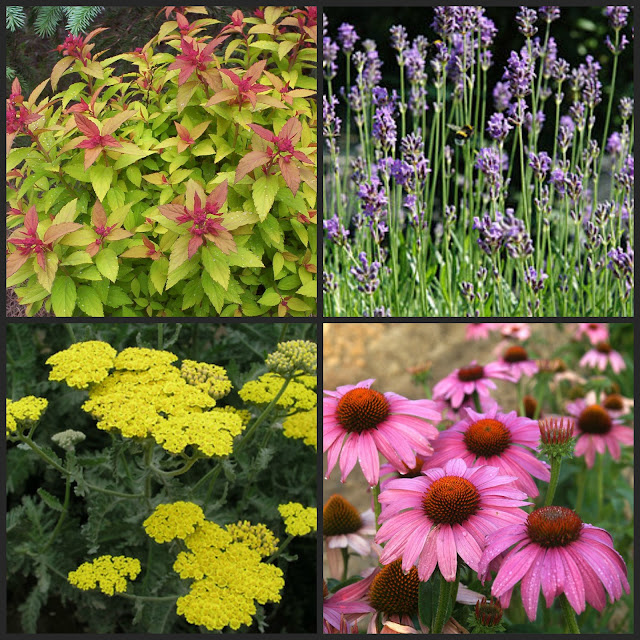 The milkweed breaks dormancy much later than the salvia and doesn't grow well squished and shaded in between other plants. They need more sun to grow robust and full. Move them all into one spot away from the salvia. 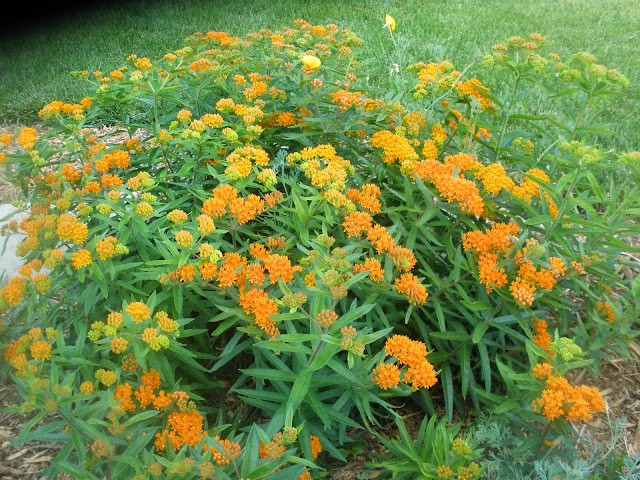 I doubled the size of this milkweed patch by consolidating them all to one section.

There are no features connecting this bed to the rest of the front garden and the lack of balance and continuity bugs me. Add more spirea. 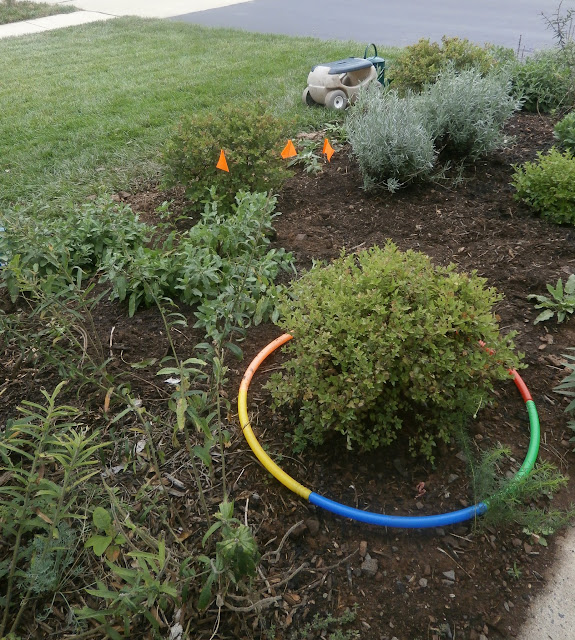 I added five dwarf 'Magic Carpet' spirea to the front bed to harmonize with the 'Little Princess' spirea near the front steps. Because I have the geospatial awareness of a rock, I bought a cheap little 30" hula hoop to help me visualize how large the spirea would be at their mature size. The orange flags mark the planting boundary so I knew how much space I had to work with. 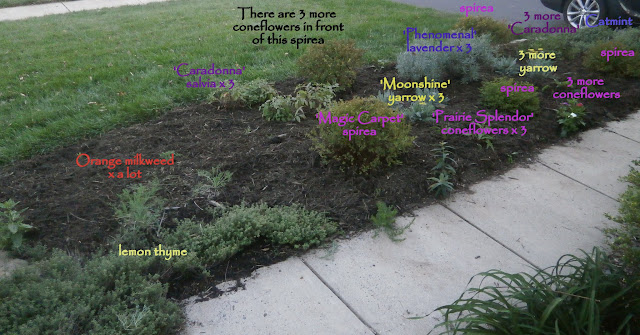 Here is the redesigned bed. The design is basic but as long as it grows well, attracts pollinators, and is pretty, I'm happy. The milkweed went dormant as soon as I transplanted it but it will be back next spring.

Except for the spots where the text wouldn't show up against the fresh mulch, the text color matches the flower color. 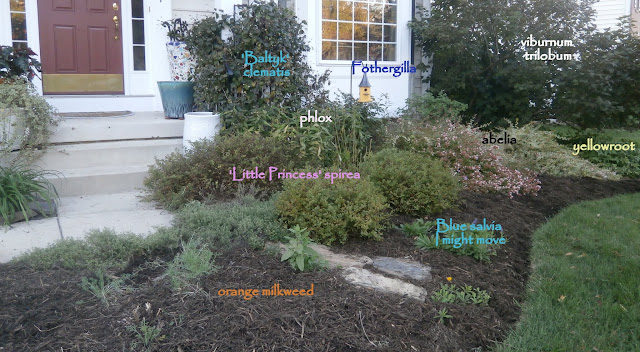 The two sides of the bed have more continuity and no longer feel like a disconnected mess. I'm hoping this is my final redesign! As for that sassy pink salvia, I saved a few plants for a bed on the other side of the driveway. It's hard to let a good jokester go. I tucked her in next to the sedum who immediately began to giggle and blush. Now if I can just keep her upright....