The Great Wall of Retaining

I sometimes tend to think big. I decided this spring to build a retaining wall to solve the problem of a steep slope filled with thick surface roots from a 65 foot maple tree. It would be impossible to grow anything on the slope except ivy and weeds so I decided to have the wall and terracing built. 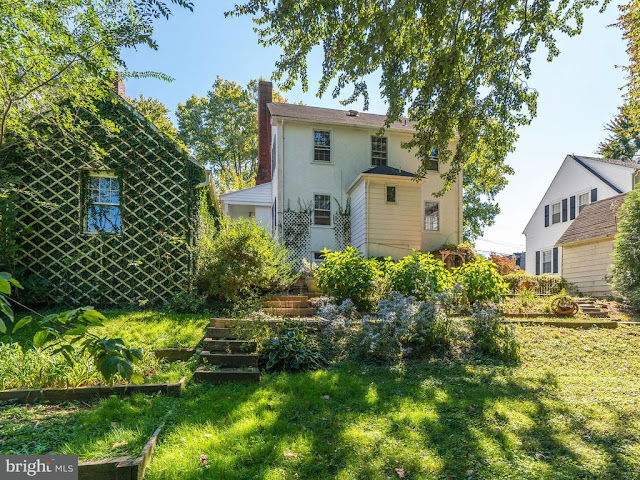 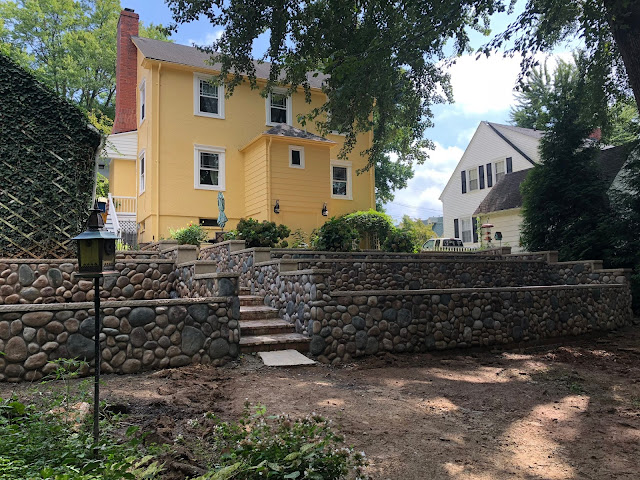 AFTER - September 2018
The wall was built out of rebar and concrete blocks above deep, wide concrete footings. The blocks were covered in faux river rocks. 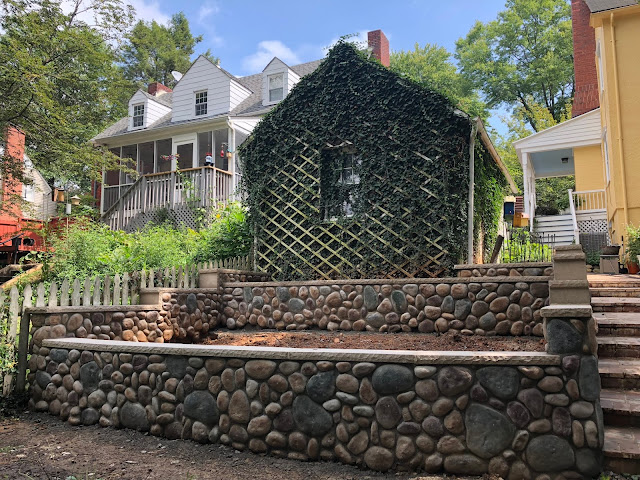 The ivy covered building is my tiny garage turned giant garden shed. It's held together by the ivy, which I'm never removing. 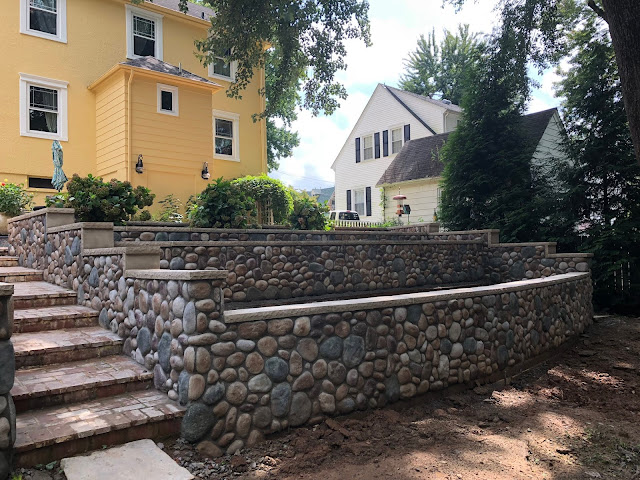 Once the mortar has been cured and sealed, I can fill the wall with soil. I'll let the terraces fill with leaves and the soil settle all winter before planting.

It was just that simple. "I think a retaining wall is the solution" and I considered it done. I planned, budgeted, borrowed, and hired my favorite contractor. 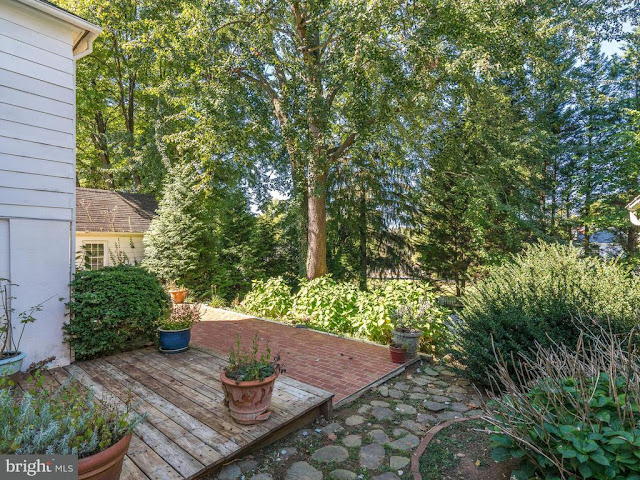 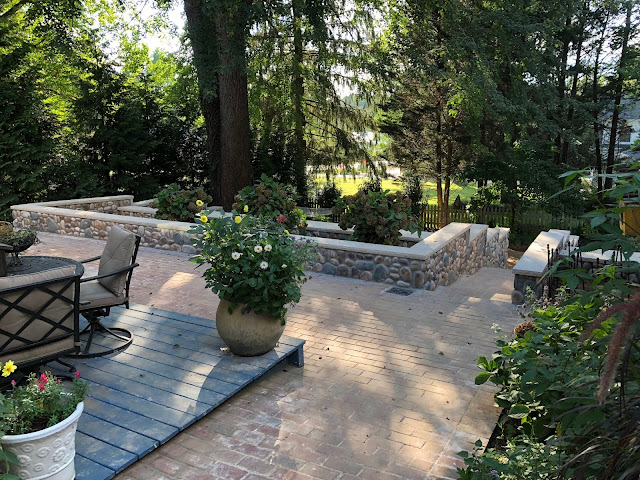 The wall is huge. It's twice as big, twice as expensive and took twice as long to complete as I had planned but I love it. It keeps roots out but not people. It took two months to complete and in the process we received 12 inches of rain and I ran out of money. Raccoons made nightly inspections on the wall's progress but never offered to help. Jerks.  But life goes on and so did construction. Once the mortar has been sealed, I can fill it with the 300 bags of compost in my driveway and plan my next garden. 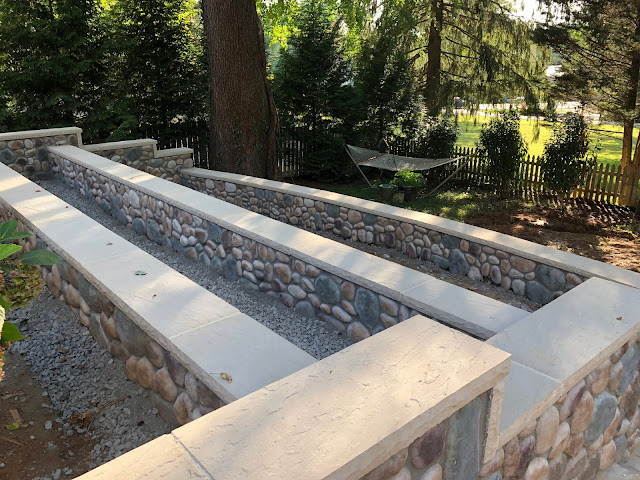 The wall consists of three terraces. 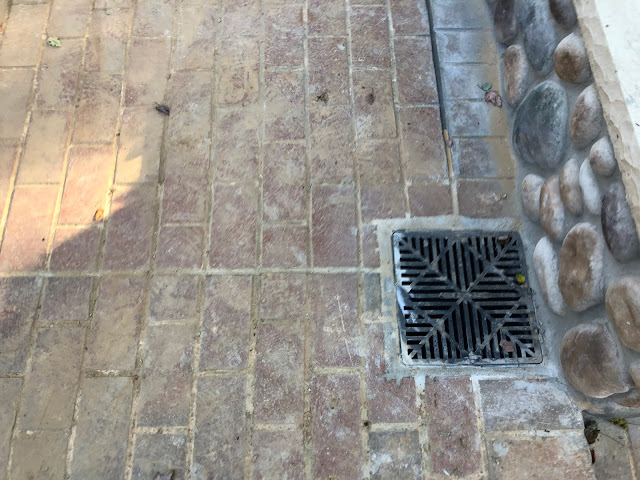 The rain allowed the contractor to solve all the hidden drainage issues. 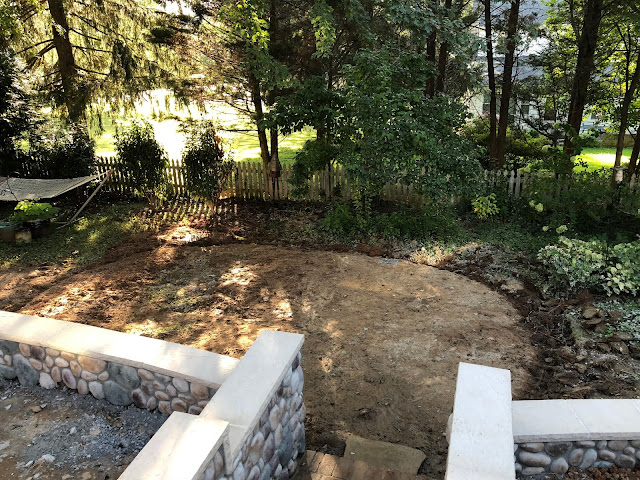 An oval area has been saved for a lawn of violets and creeping charlie. I'll over seed with microclover seeds but the violet roots are asleep under all that soil, just waiting to suffocate everything in their beautiful way. 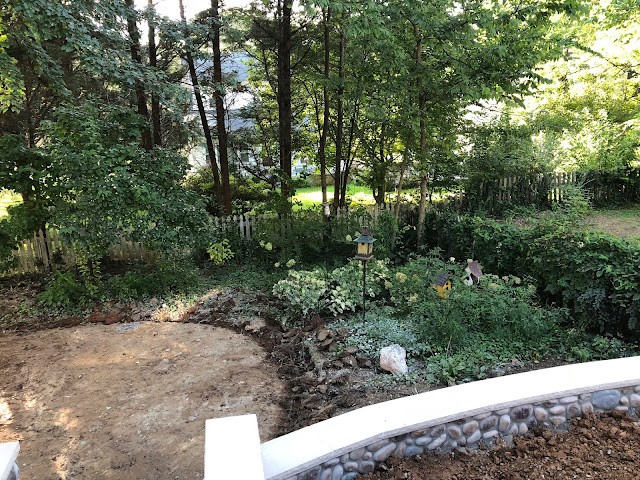 I want a sense of privacy and enclosure and since my neighbor and I both enjoy watching wildlife, including those adorable but lazy raccoons, this part of the garden will be designed with large shrubs that attract birds. Right now, it's a mess! 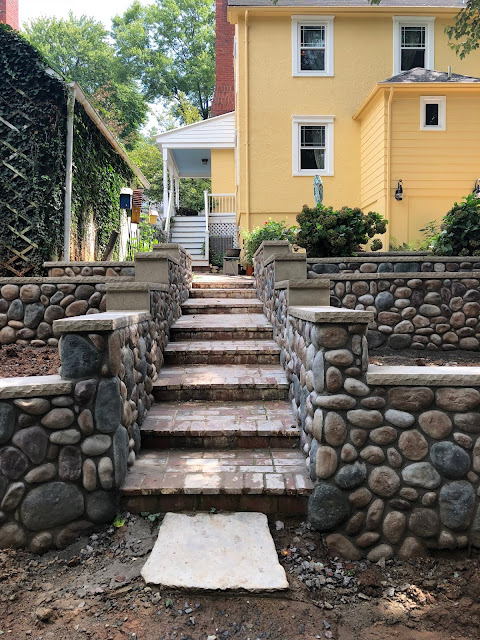 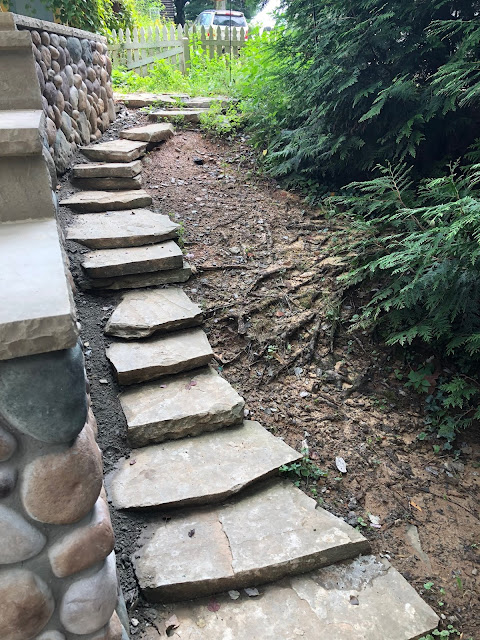 These flagstone steps were already in place when I bought the house. 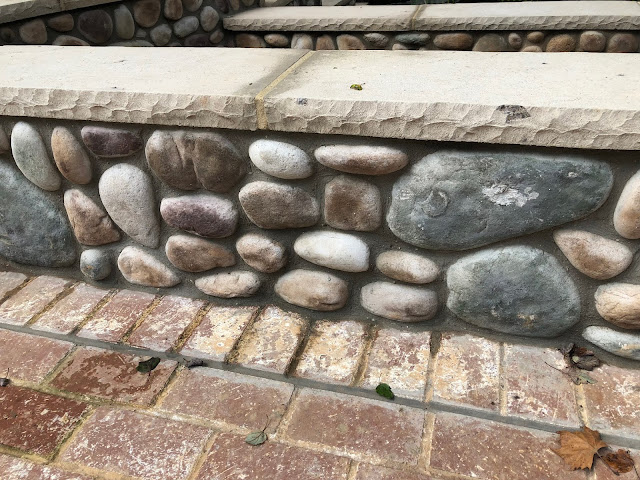 The faux river rocks reflect the colors of the brick and flagstone steps. 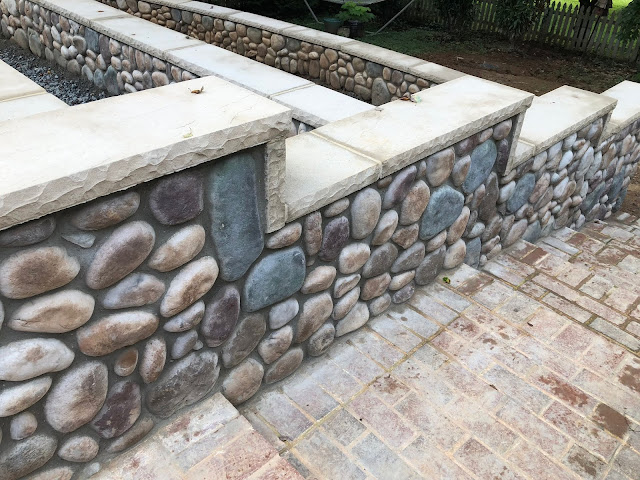 Handmade concrete caps add extra seating, a spot for me to climb into the terraces to garden, and look nice. 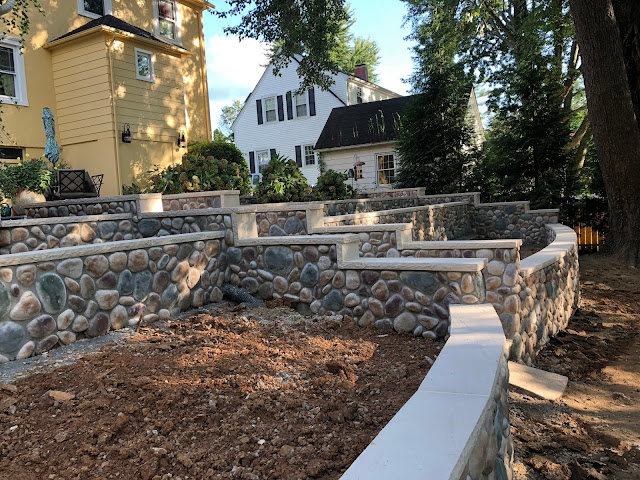 The bottom walls have beautiful curves. I love the combination of the straight against the curvaceous, hard against soft. Once the terraces are full of soil, cool solar lights will be added. Now I just have to save up enough money so I can fill these with plants!