Every year as I plan my container garden, I agonize over what to put directly in front of my kitchen window. It isn't a matter of feeling overwhelmed with the choices but of survival. My house faces east and my back patio bakes in full direct afternoon sun. 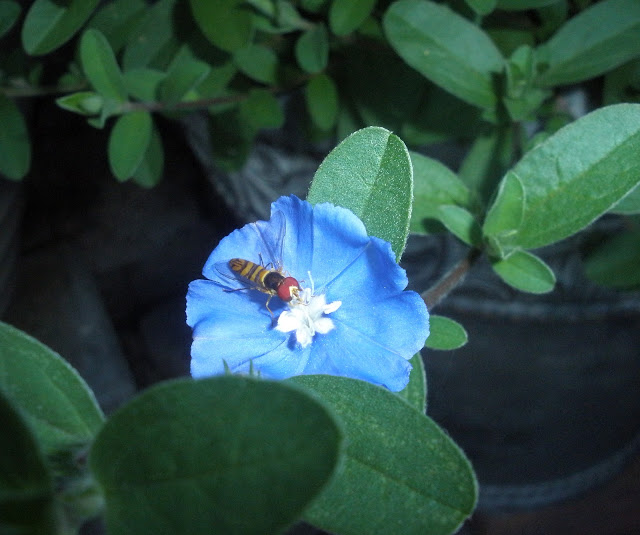 Blue Daze is a tough trailing plant that does well in full sun and dry conditions.
The intensity of the sun is magnified by a concrete 'stone' patio, vinyl siding, and reflected heat from my windows. All windows reflect heat but because mine have been treated with a film to reduce the amount of heat entering the house, the amount of light, which plants receive as heat, is greater. On a 90 degree day like today, the plants in front of the window receive light at temps of 100 degrees or more. It's like being fried by a laser beam. Despite daily watering, the signs of heat stress are unmistakable: reduced growth, burned leaves, wilting. 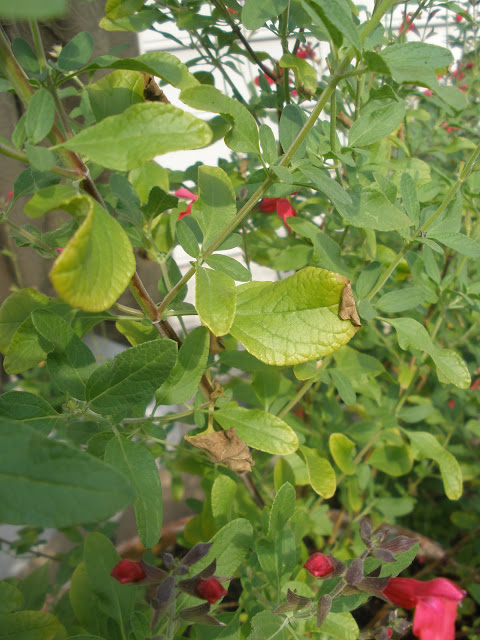 Pulling dry leaves off the salvia is a daily chore, despite the ridiculous amounts of water it receives. 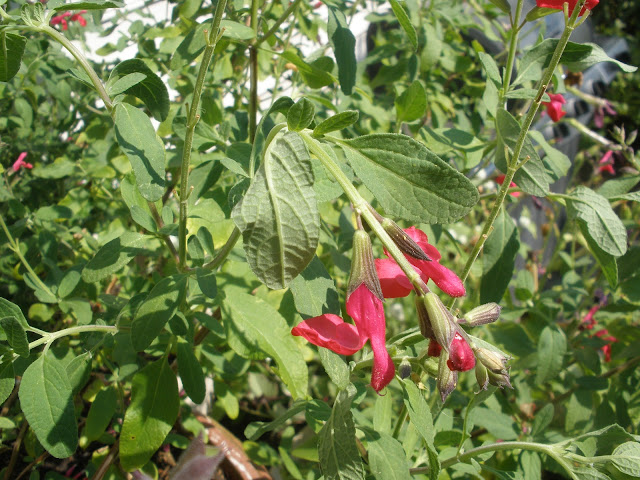 They spend the entire afternoon wilting from the intense reflected heat.
I thought I had solved this problem last fall when I transplanted a squished 'Maraschino' salvia out of the garden and into a big pot on the patio. I thought the salvia would be tough enough to handle the Window of  Death and I could watch hummingbirds feed on its nectar. As long as the temperature didn't rise much above 83, the salvia was happy. But it's June in Virginia and the temps this weekend are supposed to be over 100. Tired of being broiled every afternoon, the plants struck back and left their warning by the coffee pot. 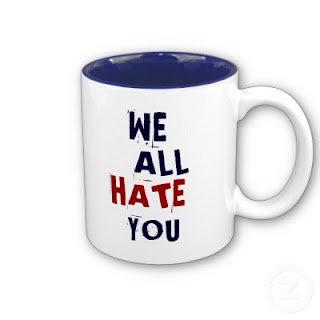 Gunning the engine to drown out the frenzied thumping of my heart, I headed to the closest coffee shop and began to brainstorm a solution.

1. Fantasy: Move the salvia to a more sheltered spot, buy another giant pot, a jumbo bag of potting soil, and a huge clump of ornamental grass. Reality: In addition to being expensive, positioning a stand of razor sharp grass so close to the door seemed hazardous, considering the sudden lock picking abilities of the salvia.

2. Fantasy: Buy a silk plant that looks like a giant clump of ornamental grass. Reality: In addition to looking hideous, it would probably spontaneously combust. Burning the house down is NOT a solution.

Gulping my espresso, I considered the extreme. It seemed crazy, but that is often my specialty. If I didn't act soon, my container garden, safety, and sanity would be at risk. I looked around nervously, tightened my belt, and crushed my paper cup into an angry ball. "I'm at a coffee shop in my bathrobe, for cryin' out loud!", I growled. Sanity was no longer an issue.


***
Armed with a hammer, an awl, and cup hooks, I pounded, screwed, and hung my weirdness out for all to see. Standing on the patio, surveying my work, I looked around and yelled, "I love my red salvia, globe thistle, and dahlias more than I love convention, tradition, or anything resembling normalcy."  Birds chirped, bees buzzed, and fortunately, my neighbors weren't home. 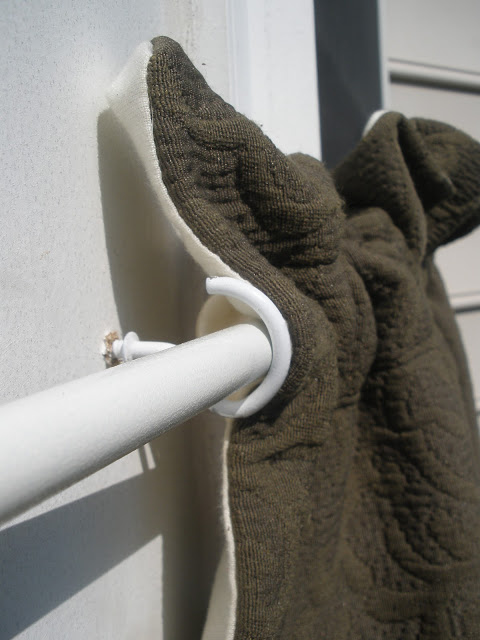 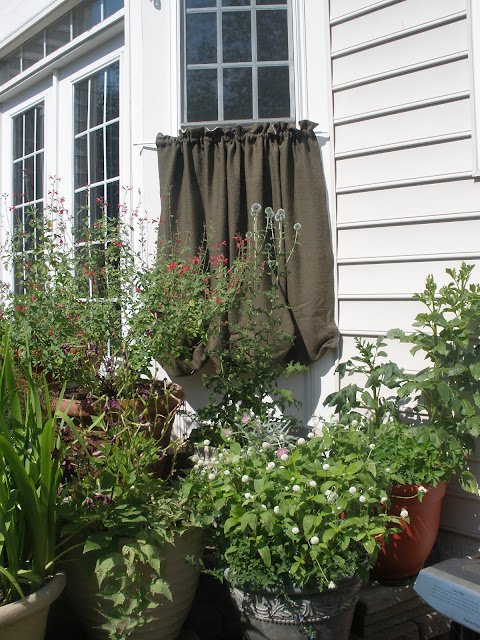 I hung the curtain on the outside of my kitchen window to help stop the reflected heat that was frying my plants. It can easily be removed. 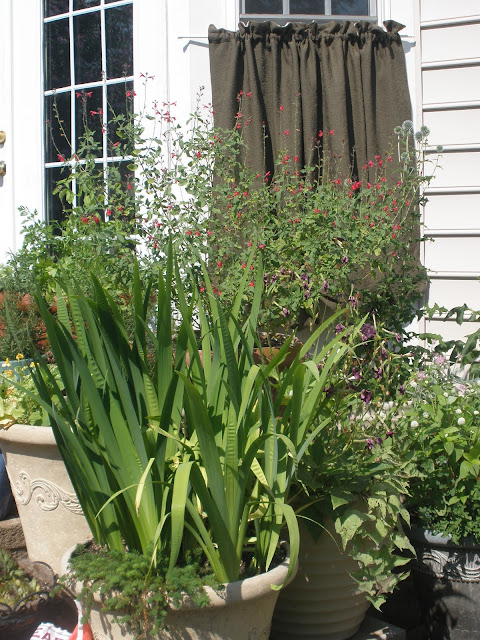 Within 30 minutes, the plants had stopped wilting and the patio felt cooler. I can still see the hummers from the other windows.
Posted by Casa Mariposa