Every year in early spring, I look out over my garden and enthusiastically, hopefully declare, "This summer's garden is going to be my best ever!" Confidence borne from hours spent carefully choosing just the right plant for each bare spot, rearranging plants that weren't thriving, composting, and winter mulching surges through me and I can hardly wait for every plant to grow and fill my garden with color. Then reality sets in. Sigh.... 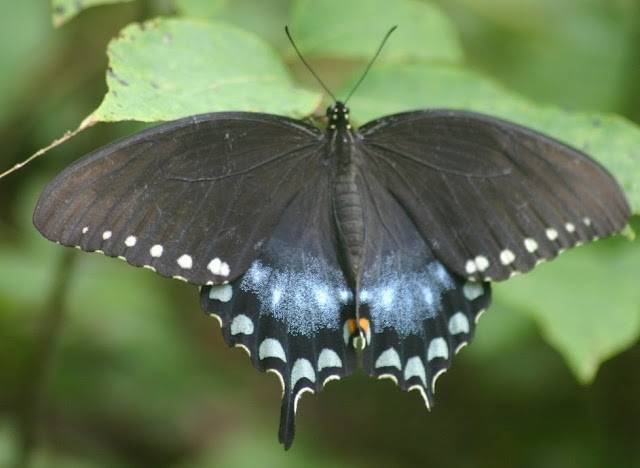 My first casualty came in late spring. My spicebush (Lindera benzoin) was only happy when it was raining and 70 degrees. The DC area only gets weather like that for a few weeks each spring, before the temps start to climb and we spend the summer indoors, hiding from the heat and humidity. I had researched spicebushes before planting my rather large and fabulous shrub and was convinced that it would not only thrive in my garden but would attract enough spicebush swallowtails as it grew larger that the flapping of their wings as multiudes descended upon it would be seen from space. I was wrong.
Spicebush was unhappy and despite my efforts, continued to wither. We had long talks and I held it's branch and stroked it's limp leaves. "Cheer up!" I whispered.  "It's not that hot! You'll be okay." 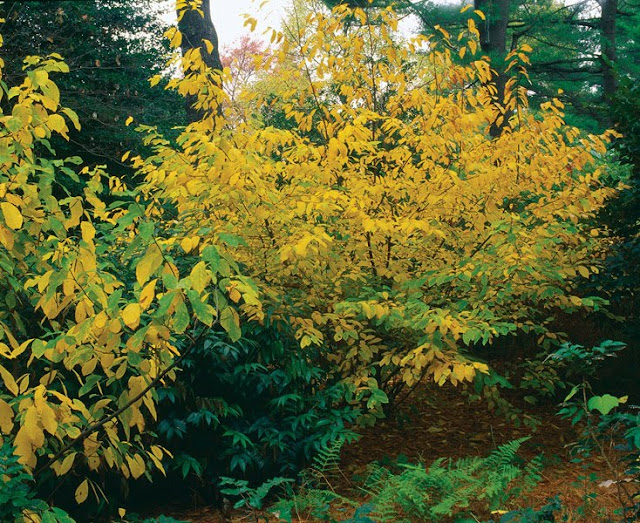 Spicebush was not okay and I considered every possibility. Install an outdoor air conditioner to convince Spicebush that it wasn't summer? Run the hose 24 hours a day for four months? Back out into the garden I went, armed with data from the Lady Bird Johnson Wildflower Center. I was going to have to get tough. "Look, Spicebush,  you are native to this area! Not only can you survive in VA and DC but you even have family in Texas, of all places!! And Texas is ALWAYS hot!"
Spicebush didn't care, its leaves droopy like limp lettuce. That was it! I was done! Hasta la vista, Spicebush and with several quick snaps of the loppers it collapsed. I shoved the branches into my yard waste can, threw down my loppers and stomped back in to the house. All I wanted was a spicebush. 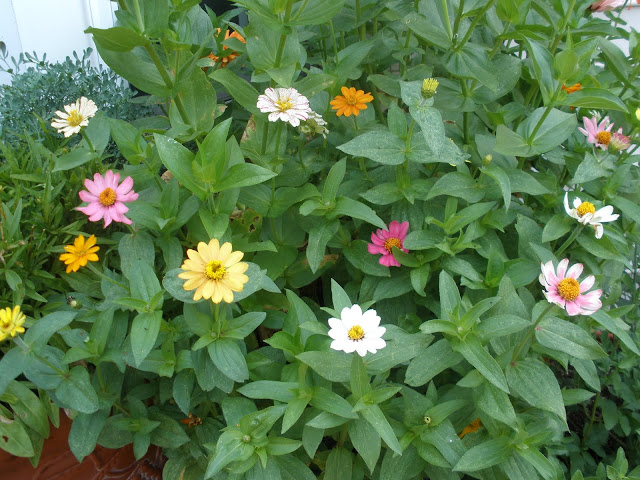 Round two came with a pot of zinnias. I love zinnias like a dog loves a steak and was excited to scatter their seeds in a pot next to the kitchen door. Up they grew, tall and colorful, botanical supermodels during fashion week. And like supermodels they came with a list of demands: constant water, no wind, no storms. That's all. I watered, I pinched them back to help them grow strong, and placed them against the side of the house so that when the going got rough, they could lean against the vinyl siding until the storm passed. They'd be all right, I assured them and they stood in silent agreement. 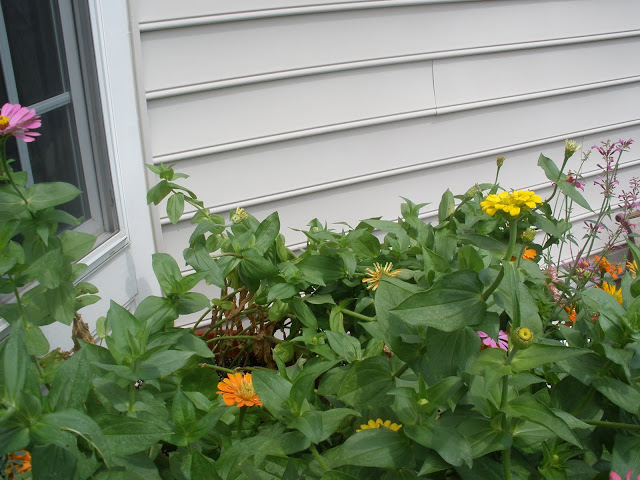 After the first severe storm, I ran to the window to check on the zinnias and found them bent but not broken, their heads turned toward the sun. I cut them back and thought their new form to be artisitc, a modern interpretation of an old fashioned flower. What clever plants, I thought to myself. The second storm knocked them completely flat and the 103 degree heat fried them to a crisp. I watered, I spoke softly, and when they didn't improve, I yanked them from their pot.
Next in line, please!
Posted by Casa Mariposa