I was asked by Marguerite from Canoe Corner to write about books that motivated me towards a more eco-friendly existence. I am honored and intrigued by the concept because it wasn't a question I had ever pondered before. An avid reader, I am drawn towards books that force me to view a situation from a perspective other than my own.

You may find the first book I chose an ill-fit for this topic but it's affect on me was profound. Every fire needs a spark and I discovered in this book the fuel to make choices that are sometimes considered unconventional but that led me to choose to live a life of authenticity rather than expectation.

The Speckled Monster  A Historical Tale of Battling Smallpox by Jennifer Lee Carrell is the true story of Lady Mary Wortley Montagu and Dr. Zabdiel Boylston, revolutionaries in the fight against smallpox through inoculation. Both smallpox survivors, neither Lady Mary nor Dr. Boylston followed the social conventions of the early 1700's and sought alternative methods of fighting the disease as a way of protecting their families. Soliciting advice from African slaves and women met while traveling in Turkey, Lady Mary returned to London determined to help end a horrific smallpox epidemic through inoculation. Dr. Boylston of Boston, Massachusetts, like Lady Mary, sought advice from African slaves who, having been inoculated before being captured, were resistant to the disease. Enduring death threats and the near death of his children, Dr. Boylston continued inoculating all those who were willing and helped end the smallpox epidemic of 1721. 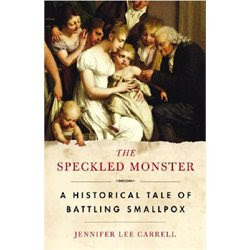 What I found inspirational about this book was the tenacity of its main characters and their deep understanding of how the actions of one person can be transformative in the lives of others. They refused to be bound by expectation or conformity and instead chose to live radically. Dr. Boylston was as quiet as Lady Mary was flamboyant but their refusal to passively accept their given roles saved the lives of thousands and led to vaccination studies by Louis Jenner and other scientists.

I live in a suburb of suffocating sameness but refuse to bow to the ease of chemicals and jumbo sized garbage cans. I polled my students recently about how many of them recycled. One replied that her family chose not to because "it was too hard." If Dr. Boylston and Lady Mary can fight smallpox, I can fight apathy and laziness. 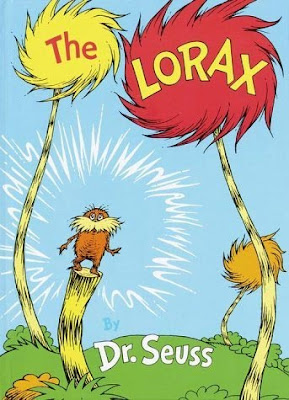 The Lorax by Dr. Seuss, despite its obvious message to save the planet from deforestation, describes the ability of one person to ignore the needs of the environment for personal gain. The manufacture of Thneeds from truffula tree fiber corrupts the entire ecosystem that depend on the truffula trees.  Written in 1971, I find the book disturbing and provocative. It forces me to question my purchases and always consider the impact of my actions. The story ends with the gift of a single truffula tree seed and reminds me that hope is always just a garden away.

The last book isn't a book, but The Washington Post newspaper.﻿ When I moved to northern Virginia eight years ago, I knew the Chesapeake Bay was pretty and full of crabs, but that was about it. When I was hired to teach English/Writing and science, I was expected to teach a unit on water and the waterways of Virginia. I dove in, trying to learn as much as possible about the bay and our impact on its health. The Chesapeake Bay is an almost constant source of environmental news in my area. What I read was devastating. 80% of the bay is considered dead, the water so deprived of oxygen that it can no longer support plant or animal life. Nitrogen fueled algae from suburban fertilizer use is the second leading contributor to the massive dead zone within the bay. The storm drain in front of my house, like all the drains in my neighborhood, delivers its polluted load to nearby rivers that all pour into the bay. 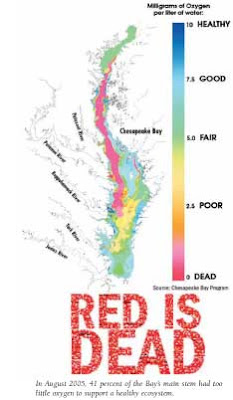 Our actions are always larger than ourselves. Every choice I made regarding my garden and lawn could potentially contribute to the death of the bay. At that point, I went completely organic. I know I can't save the world, but I'm not going to make it worse.
Posted by Casa Mariposa