Lessons Learned and Other Accidental Truths

I read an article the other day about a woman who kept the contents of her fridge "artfully arranged" so that when she opened the door it would be a "calming" experience. Well, if my fridge is art, it's a Picasso! What does that have to do with gardening? Nothing! I just thought it was funny. :o) 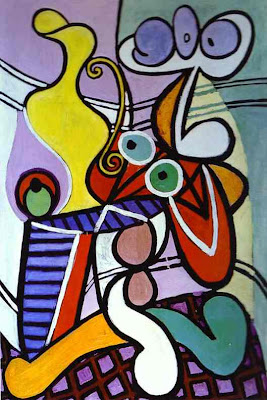 Back to the garden...

Every year I look out at my garden and think about how this years garden is going to be my best garden ever. Smug and satisfied with everything I've learned the previous year, I wait for gloriousness to descend upon my bit of Earth. The heavens will part, birds will sing, and everything will be fabulous!! It's official - I am completely delusional. By the middle of July my water bill is astronomical, it's hotter than hell, and the humidity is so thick you could slice it up and serve it like pie. Plants wilt and sometimes die, bugs I've never seen before show up, invite their friends, and proceed to par-tay in my plants, and I begin sweating in weird places.

This year I thought I'd write down some of the lessons I've learned. Chances are, by the end of the summer, I will have learned a few of them again.

1. Plant tags lie.
Oh yes they do! "Partial shade" might mean "Give me early morning sun and shelter me like a baby in the afternoon." Or it could mean, " Keep me in the dark til noon and then fry me like an egg til the sun goes down." You just won't know until the plant either thrives or starts waving a white flag.

2. Sticking a bird house in your garden does not ensure you will have birds.
No matter how cute the bird house, if the hole is too small, no one will move in. 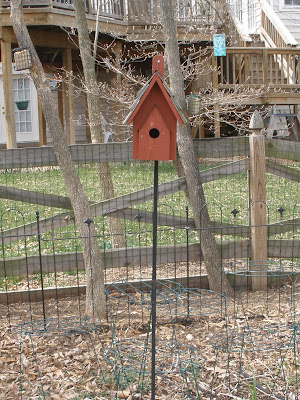 Apparently, I like this bird house more than the birds do.

3.  If you give the plant too much compost or fertilizer, you will have lots of green leaves, but few flowers.

How much is too much? I'm still figuring that one out. But if I give my plants a large amount of compost in the fall, I'll give them a bit more with some Plant-tone added in the spring, but not the same amount as I gave them previously.

4. Drought resistant does not mean the plant will look good if you don't water it.

It just means it might not die but will still look pathetic. Pathetic enough to convince you to let the dog roll on it so you can blame the plants utter misery on the dog. I have a lot of plants that have proven themselves to be truly drought resistant, but have others that are only drought resistant as long as the drought doesn't last much longer than three or four days. I've discovered it's a fairly subjective term. 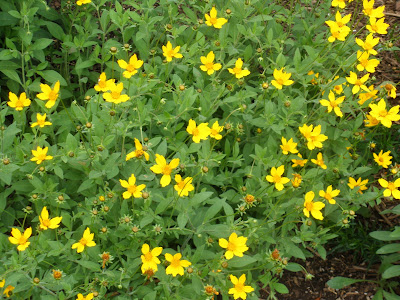 Coreopsis 'Sunshine Superman' is exceedingly drought resistant. I give it no supplemental water.

5. The people at your local garden center don't necessarily know more about plants than you do.

I have been given advice ranging from amazingly brilliant to incredibly bad from "experts" at garden centers. Smile, nod, and then double check everything.

6. If your milkweed (asclepias incarnata) isn't getting enough water, the leaves will turn purplish.
I discovered this the hard way. I grow two types of milkweed - the short, orange milkweed (asclepias tuberosa) and the tall pink or white milkweed (asclepias incarnata). The short, orange milkweed is a tough plant that will thrive in dry, infertile soil thanks to a long, thick taproot. The taller variety is also commonly known as swamp milkweed. However, I was never quite sure how swampy they needed their swamp to be. I experimented by planting clumps of pink milkweed in various sunny spots  around the garden. The plants in consistently moist soil were much taller and healthier than the plants in drier soil. The plants in drier soil also had a strange purplish tone to their leaves. Once I increased how much water they were getting, the color of their leaves improved. 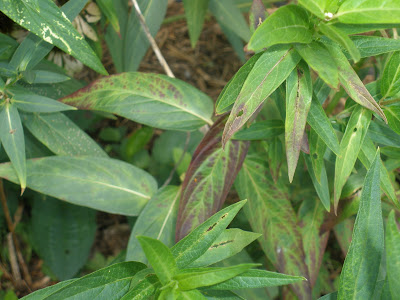 These were growing in a spot that was too dry. I'm still not sure what was wrong with the leaf in the upper left hand corner. It looks like the work of leaf miners. 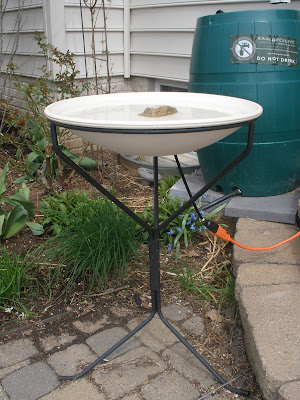 This is my heated birdbath. It prevents the water from freezing, but doesn't keep it warm. It's located near a bird feeder and was a popular spot during the winter. Many birds die during cold, dry winters due to dehydration.

8. Soaker hoses will make dry soil less dry, but they won't make dry soil moist.
Forgetting where the end of the soaker hose is will keep your soil even drier because you won't be able to use the hoses.

9. My slightly acidic clay soil might be different from your slightly acidic clay soil.
For a long time I thought that all soil in the same categories was essentially the same. While that may be mostly true, there are enough regional differences to make the mineral content of one soil quite different from another. Agastache 'Blue Fortune' may not need much supplemental fertilization in your garden, but until I was able to increase the fertility and drainage of my compacted clay, my Blue Fortune needed a lot of extra love in the form of worm juice and compost tea.

10. Creating a garden that encourages wildlife means you might catch sight of two hawks fighting over a robin while blogging.
While sitting at my computer, I noticed something large and grey sitting on the fence that surrounds my garden/back yard. At first I thought it was a monster squirrel on steroids, until I realized it had feathers, not fur. It waited on the fence while the hawk on the ground rolled the robin beneath it's talons, killing its prey. Hungry for an easy meal, it's attempt to steal the robin was met by a flurry of feathers and several loud screams. After a brief skirmish, one hawk flew away while the other dined on the robin. At that point, I couldn't watch anymore. Some truths are just too much. 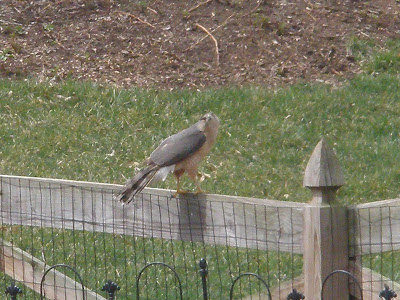 What kind of hawk is this? It was much larger than it appears in this picture. 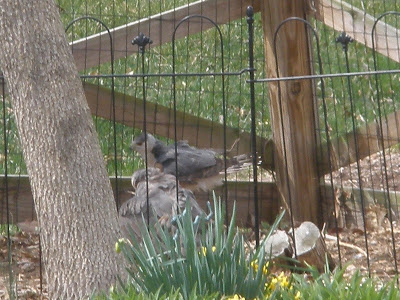 The hawk in the foreground has the robin in its talons. Both hawks are in the dog run, close to several feeders.
Posted by Casa Mariposa