Soaking in the Slow

I did not set my alarm Monday. I did not get up early and spend the day telling 110 twelve year olds to tie their shoes, put their name on their paper, or sit up straight. I did not attend conferences or meetings and didn't take home a single paper to grade. I may have gone mad if I had. Instead, I did nothing. I slept late, puttered in my pajamas, sipped my coffee. I spent the morning in the garden and just soaked in the slow. 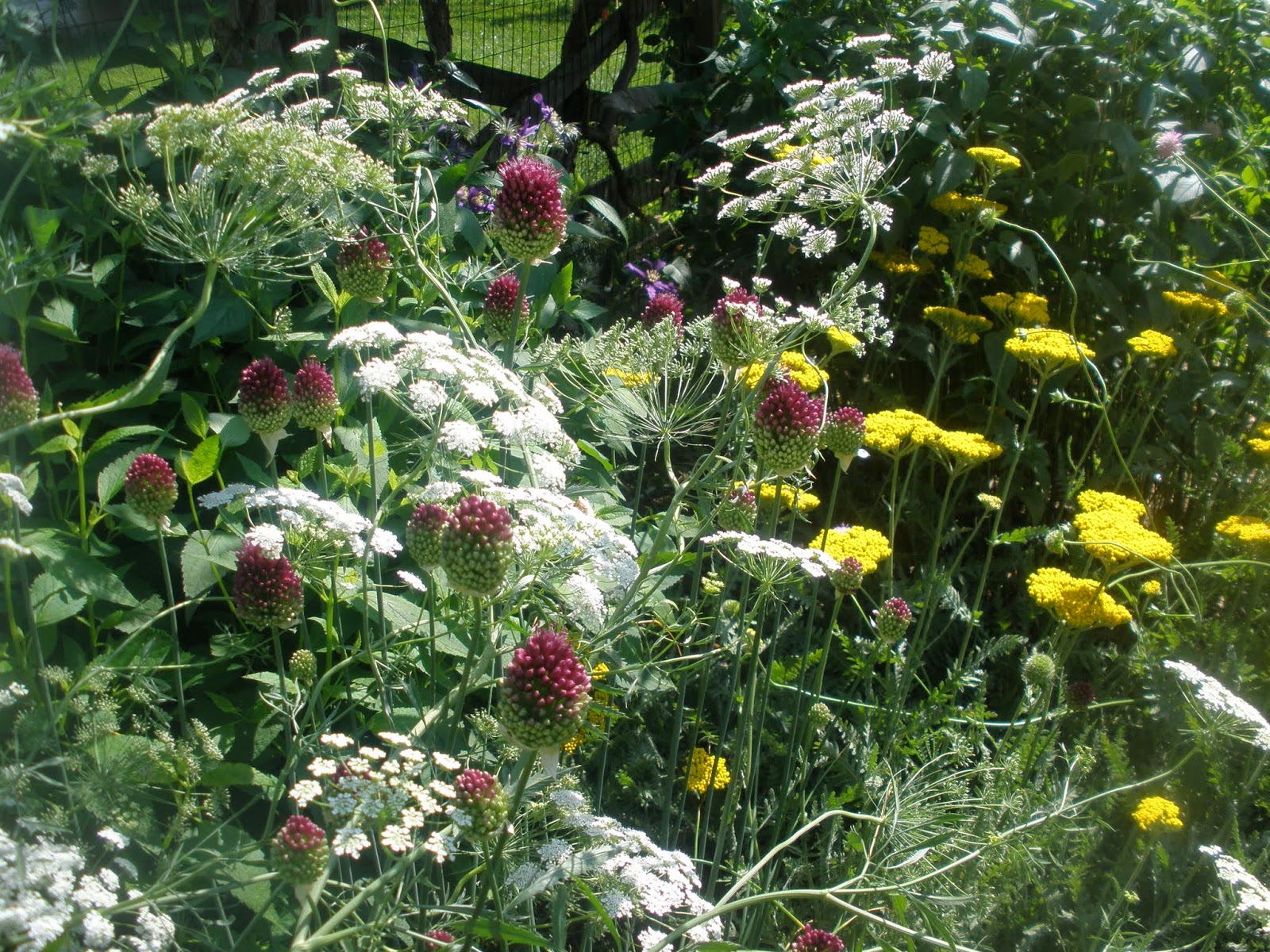 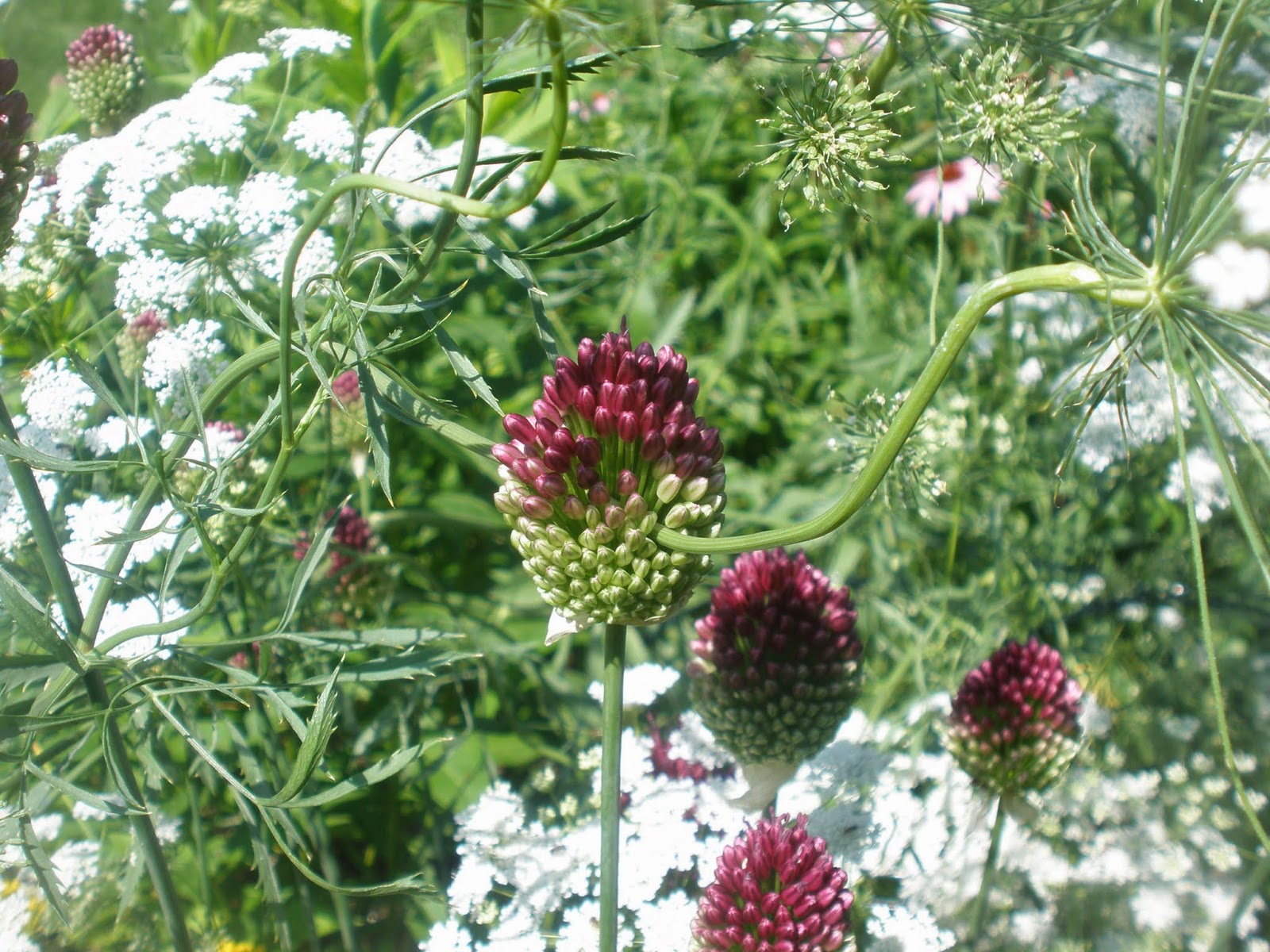 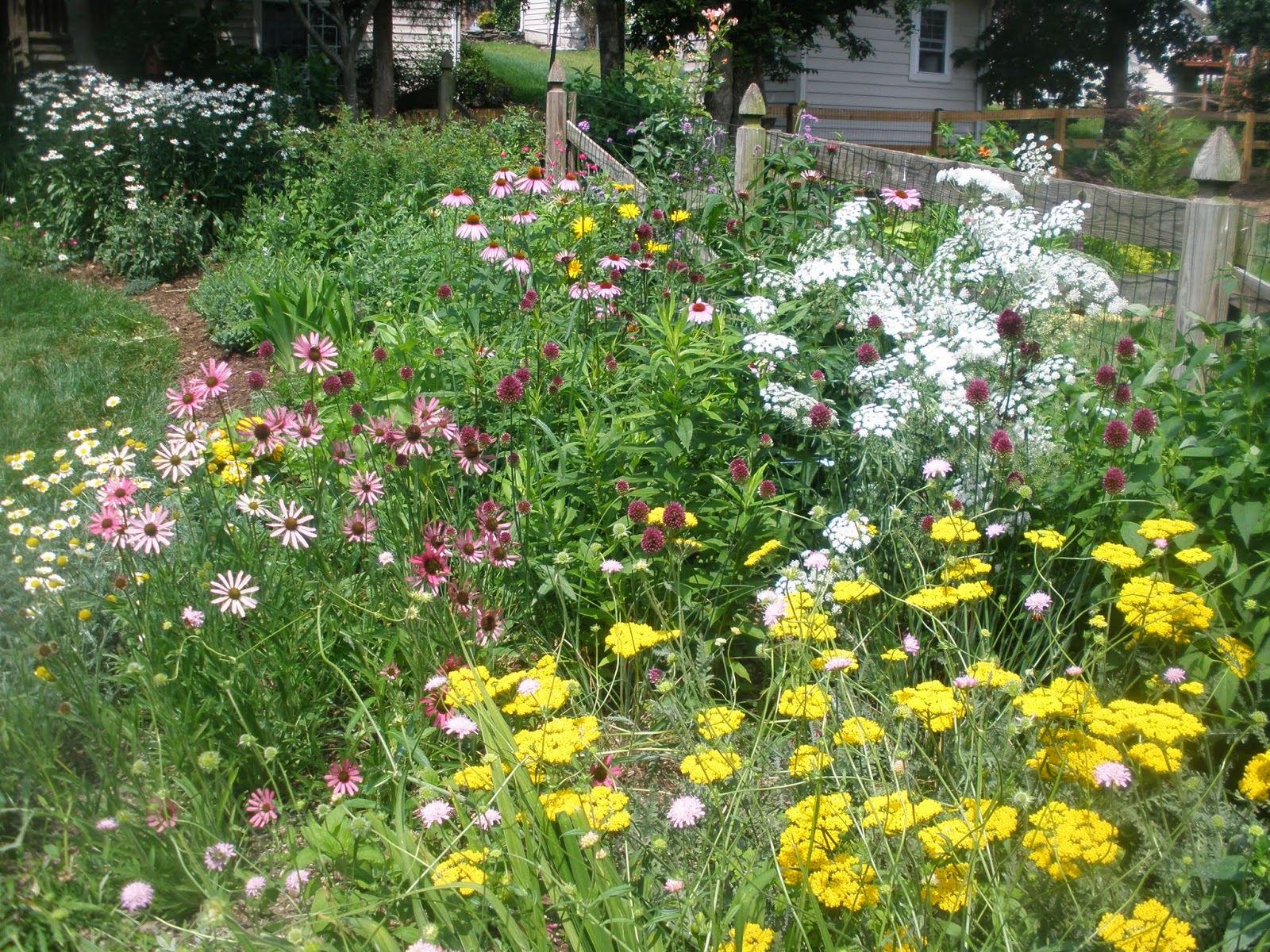 The 'Rocky Top' coneflowers to the left only grow facing east. 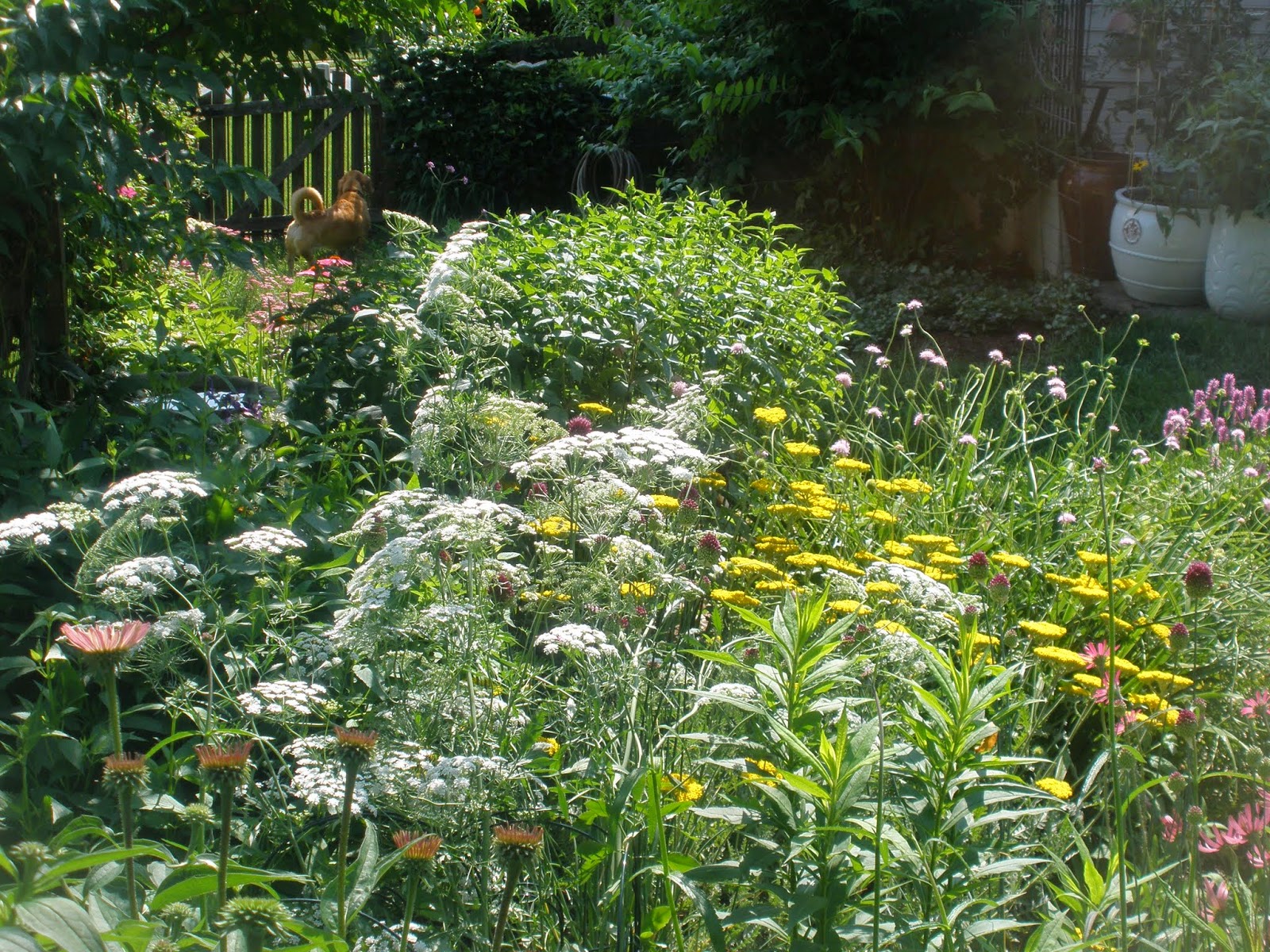 Lucy at the gate behind a sea of flowers 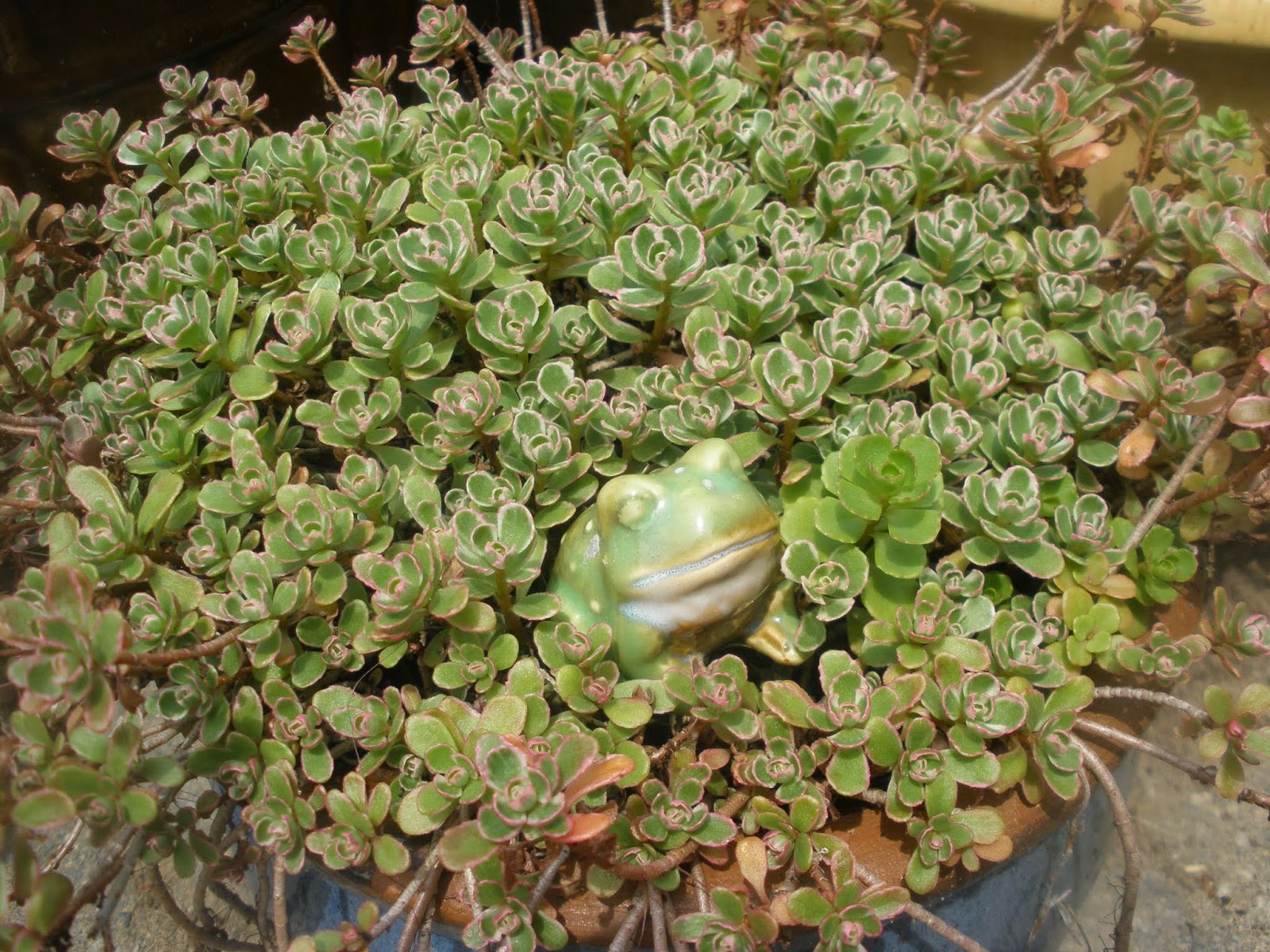 I love frogs, despite having kissed a few. 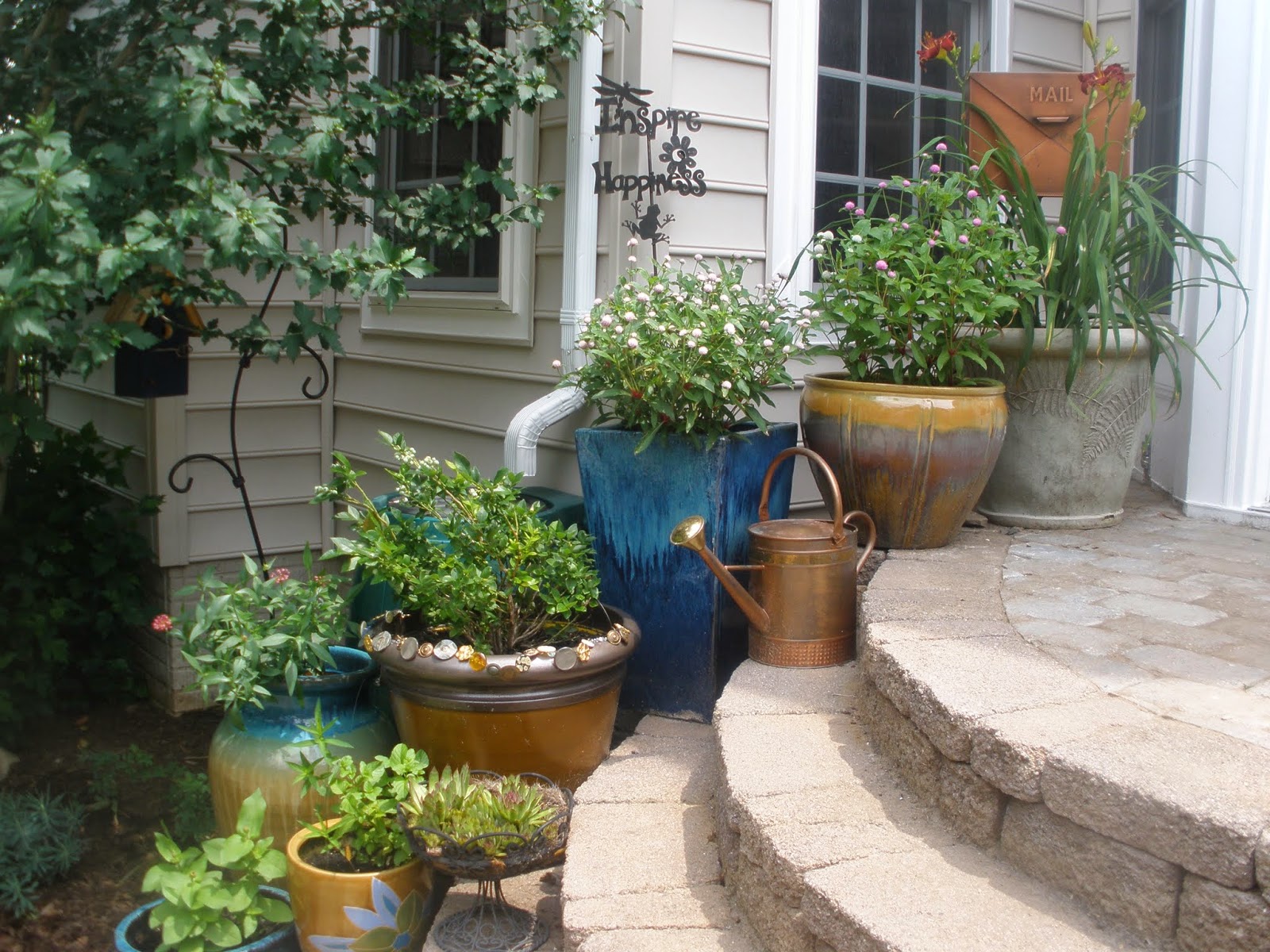 Pots up the patio steps and a hidden birdhouse

I grew the gomphrena from seed and they were supposed to be a variety of bright colors. Instead they bloomed mostly white. White flowers against beige siding is pretty boring. I'm hoping the next batch is a bit sassier. 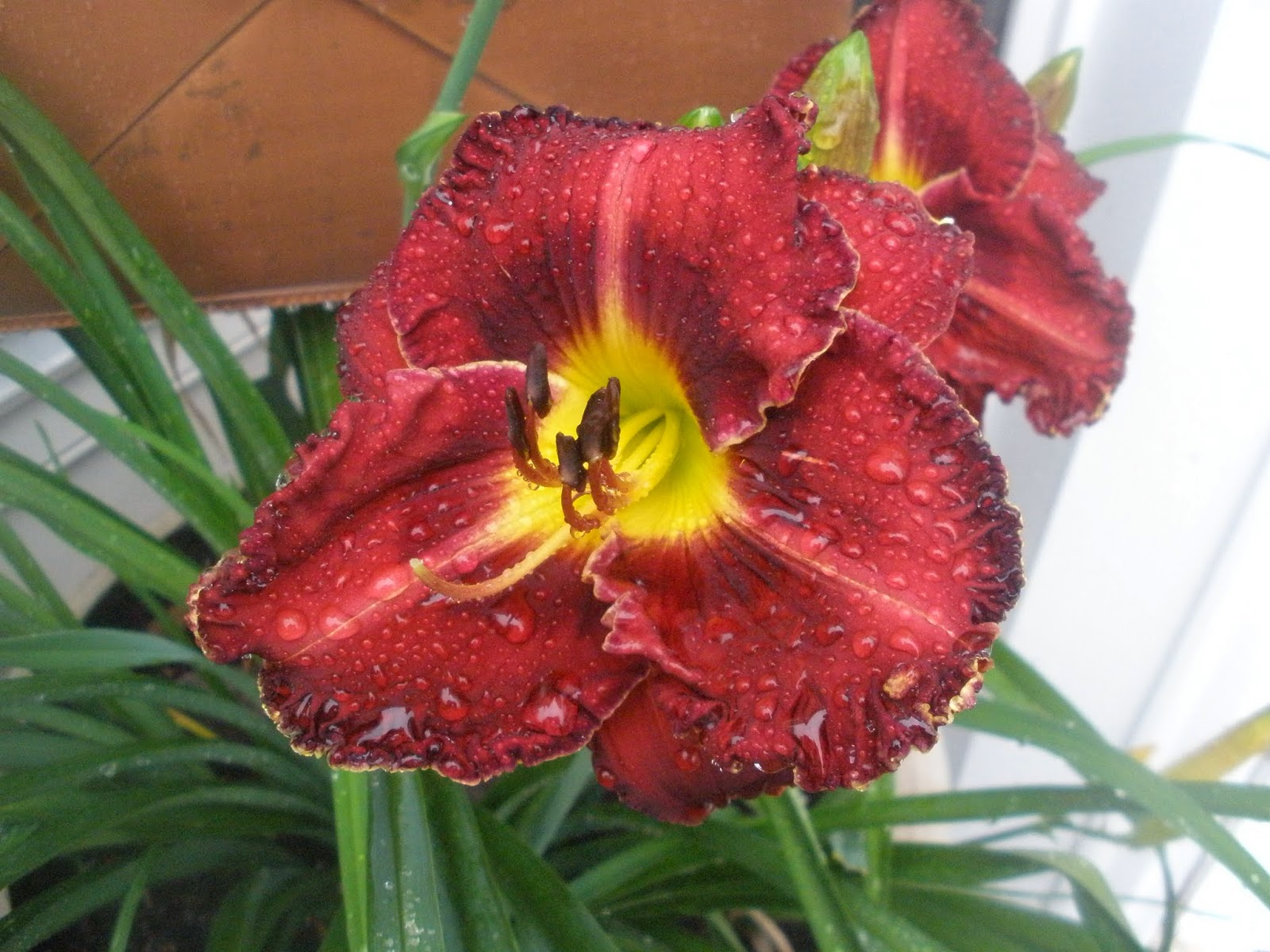 This was supposed to be purple but I like the red, too. 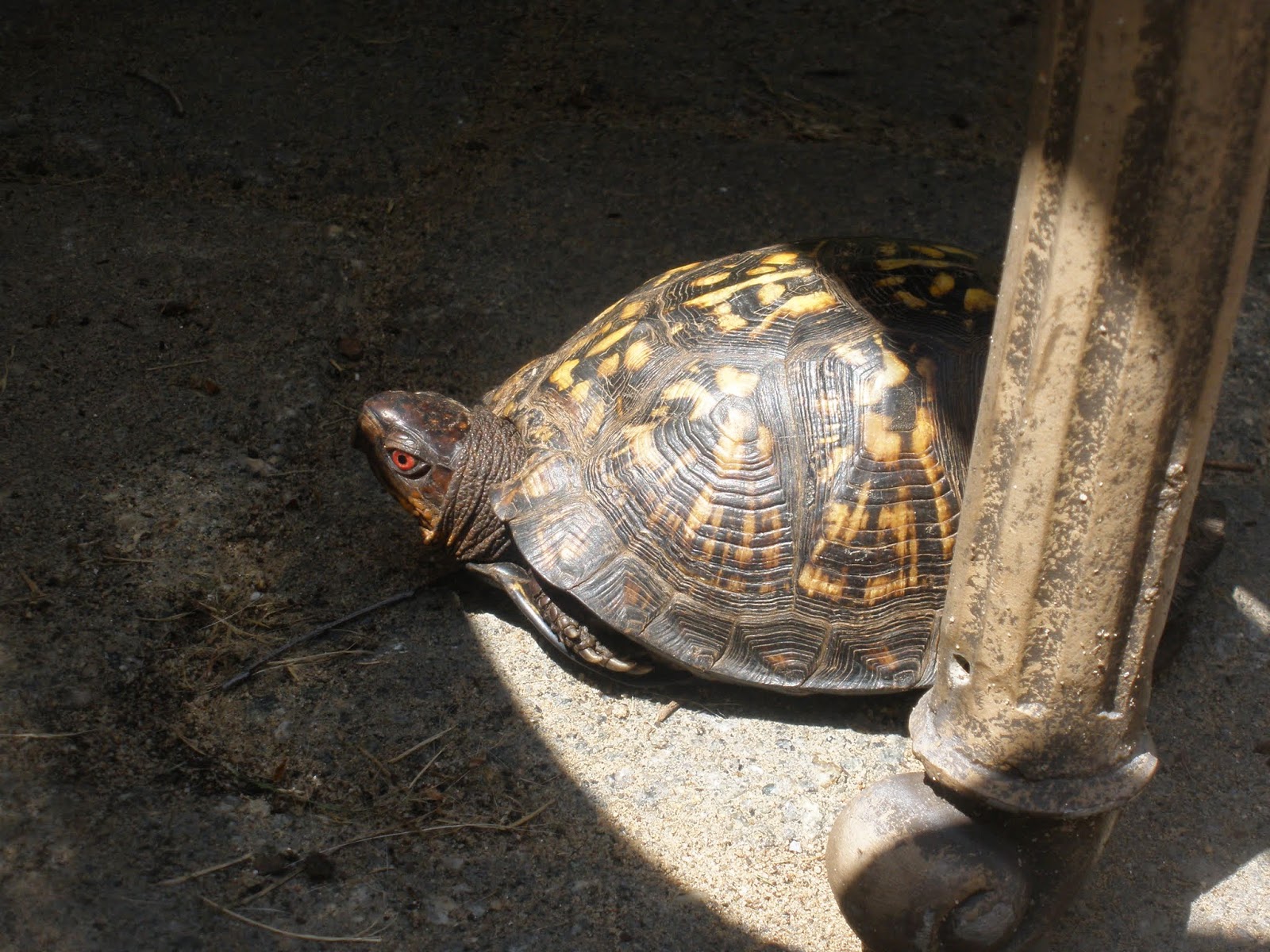 One of my students gave me two Eastern Box turtles her father rescued from the middle of the road. I named them Shaggy and Scooby. 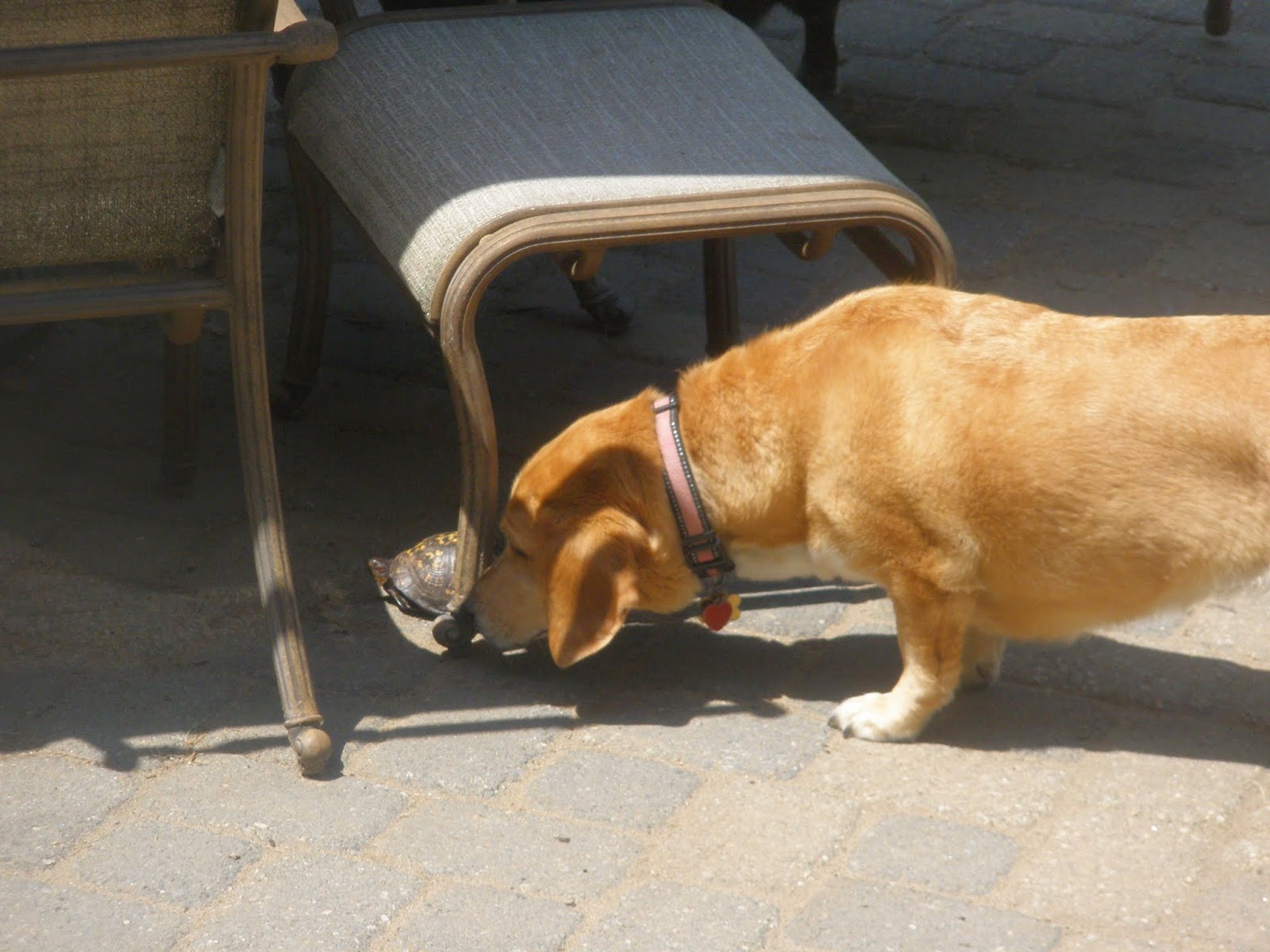 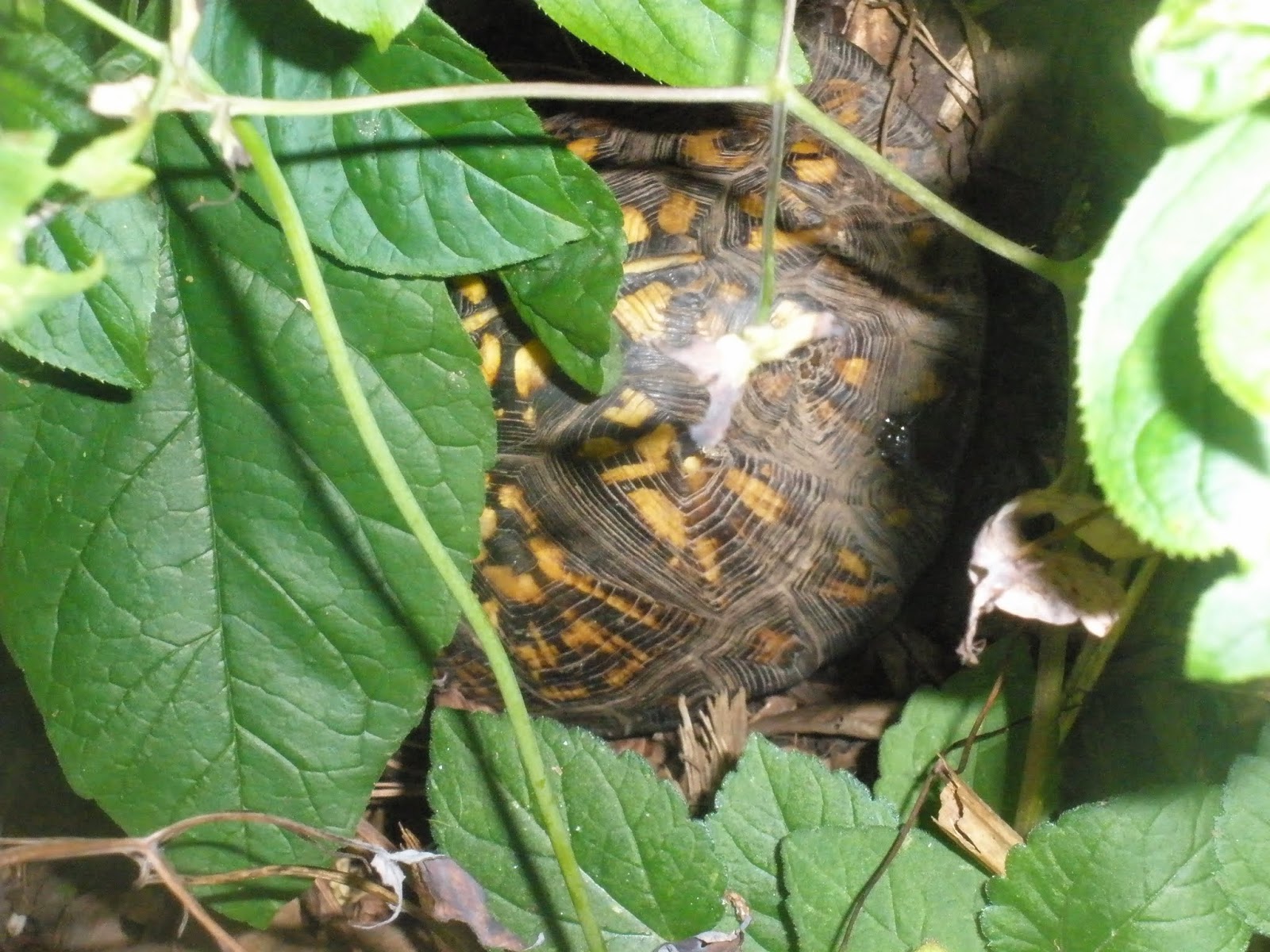 Shaggy didn't appreciate being drooled on and went back into the garden. 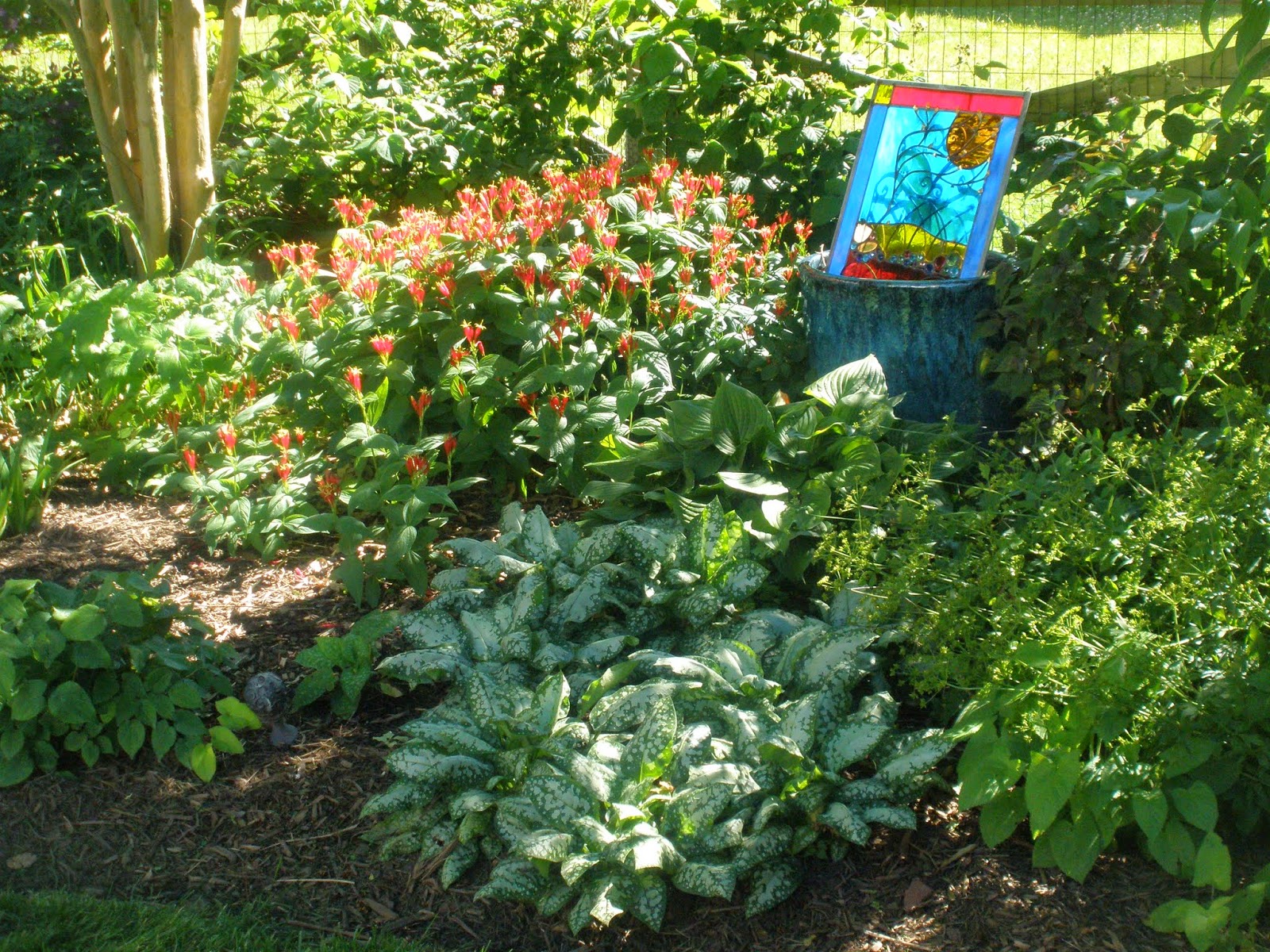 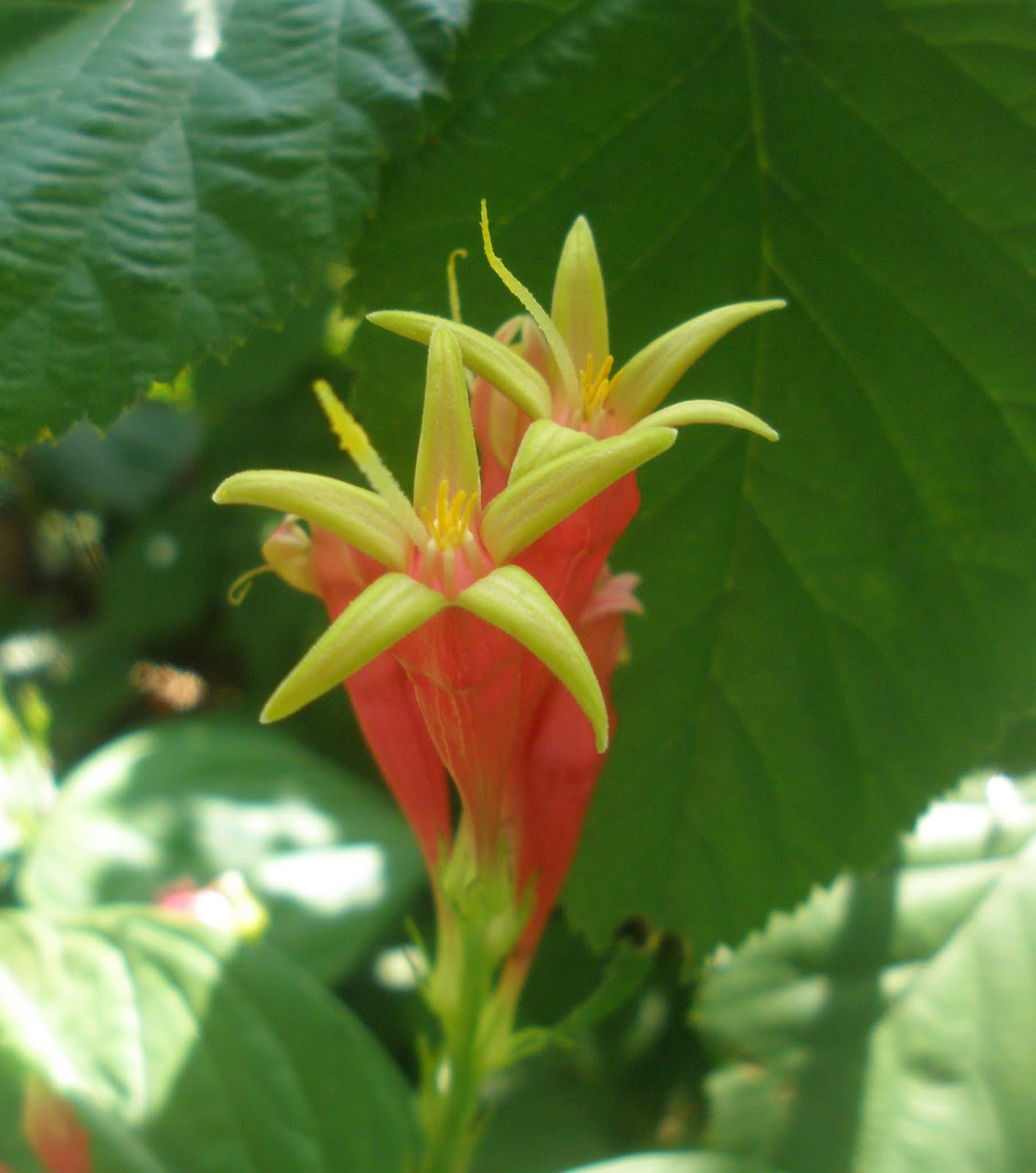