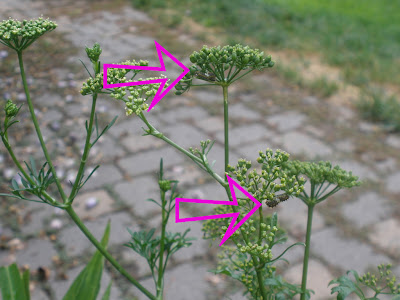 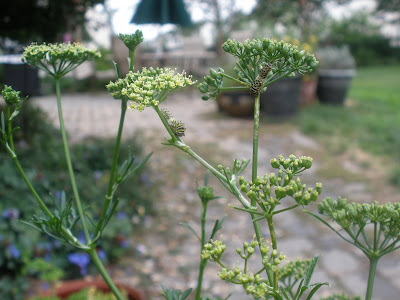 Just 24 hours later on Tuesday, Aug 3, 2010. They are significantly larger and instead of looking like wiggly black bumps, they are starting to become more yellow as they stretch out and grow larger and longer. 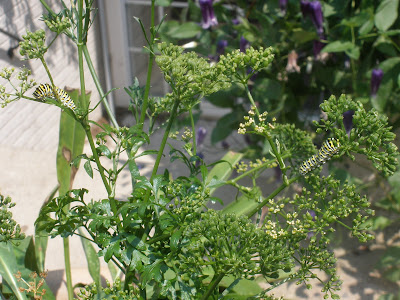 By Thursday, Aug 5, they were at least twice the size they were on Monday. The parsley is in a pot with a Stokes Aster (stokesia) that wasn't doing well in the garden (too dry) and was transferred to a pot to recover. Note to self: transplant the stokesia to a moister spot!! 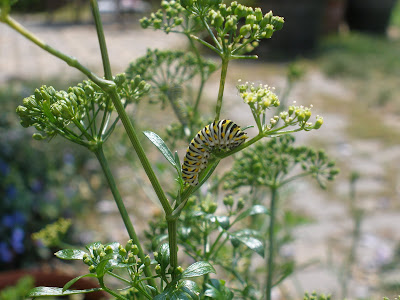 I love this picture because the caterpillar is so busy chowing down on the parsley. What looks like a green antennae popping out of its head is just a piece of parsley it was shoving into its mouth as fast as possible. I think there's a distinct possibility my two teens might be caterpillars in disguise.... My 6'5" 18 yr old tears through food like every meal is his last and my daughter came home from a week at the beach 1/2" taller!
Posted by Casa Mariposa