Most gardeners, I've discovered, are a rather supportive bunch. They're forgiving when you explain that you have yet to find dogs whose anuses are purely decorative and that despite having just scooped, they've already crapped in the garden or wallowed in the anemones like a furry, farting hippo. They're kind when you explain that you didn't kill your plants but rather they were heaved from the soil, kicked out of the garden by Mother Nature herself, the moodiest of dames. 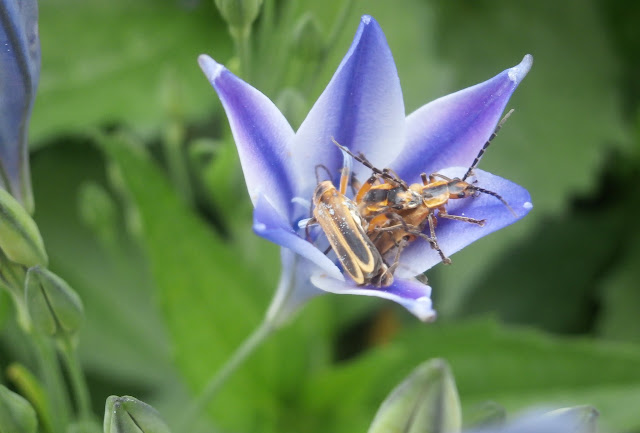 Bug party on a summer flowering bulb I can't remember the name of.

However, despite the love we often share with others, we can be absurdly critical of our own gardens. We apologize, explain, and rationalize our decisions, fearful of being judged. Sometimes the gardener we need to be the kindest to is our self. 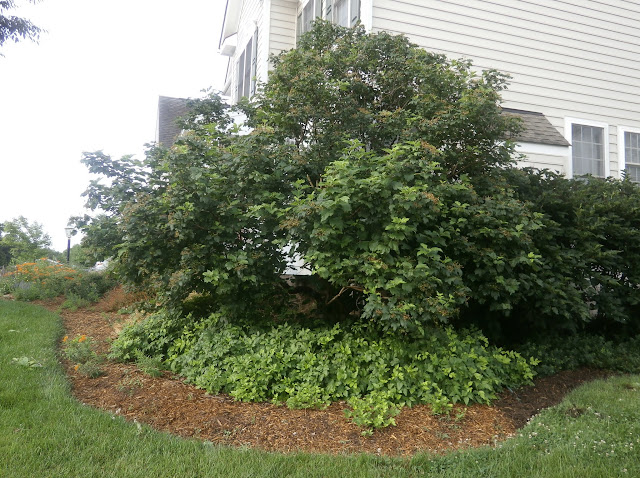 I paused while weeding to take this photo. Self seeded orange milkweed is allowed to grow where it lands. In the fall I'll transplant it to empty spots in the garden. A few chunks of yellowroot (Xanthoriza simplicisima) have broken away from the group under the viburnum and are headed for the lawn where death by mower awaits. I didn't realize I'd purchased different mulch until it was too late. Oh well...

This massive shrub was planted about three feet from house when I purchased it as a wee thing. I could blame it on a lack of research, exhaustion, cluelessness, or any variety of ailments that turn the most rational slab of humanity into a quivering blob of contradictions but I won't. My viburnum tooclosetothehouseum offers privacy and a perfect spot to bird watch. I'm done being embarrassed about it. As a matter of fact, I'd rather save my embarrassment for something much more interesting such as naked ping pong at midnight with a band of drunken gypsies or horrible karaoke. 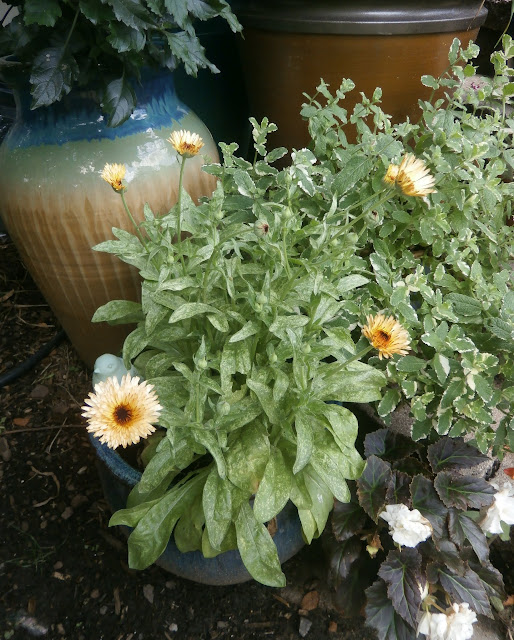 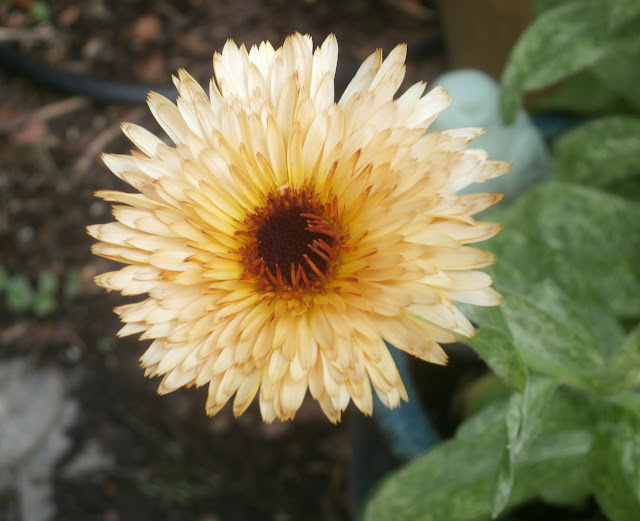 I just love these simple flowers. 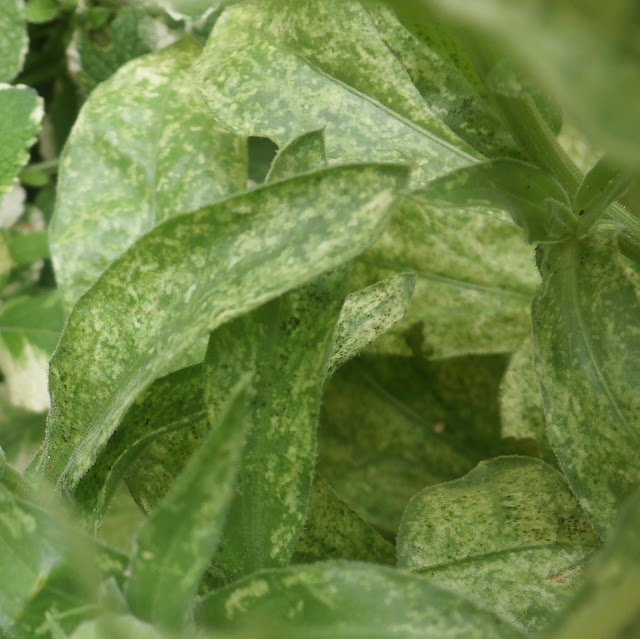 These leaves should be dark green...

As for my calendula, I've decided to ignore the spider mites who are tunneling through its leaves after decimating my phlox. The Spider Mite Artist Colony has created custom variegation, making my calendula a masterpiece of insect artistry while the phlox sprouts new growth. The only true damage they caused was to my ego and I've survived worse. 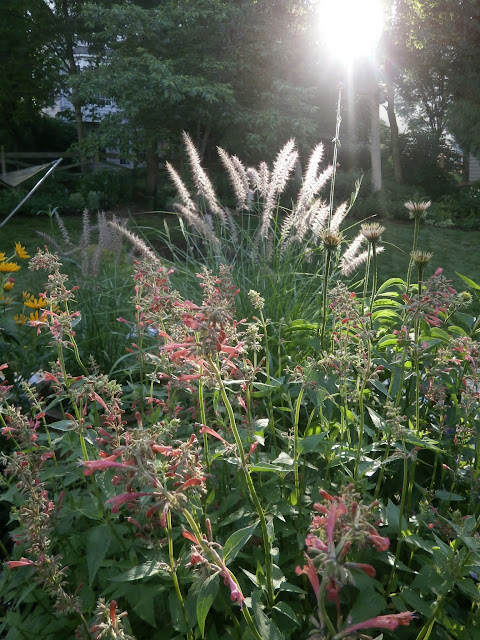