Last year was not a good year for roses in my garden. How bad was it? Apocalyptic, catastrophic, and all the other dramatic synonyms for 'horrible' you can dig out of a thesaurus. A cool, soaking wet spring soon turned my roses into festering cesspools of black spot fungus and I was helpless to stop the onslaught. 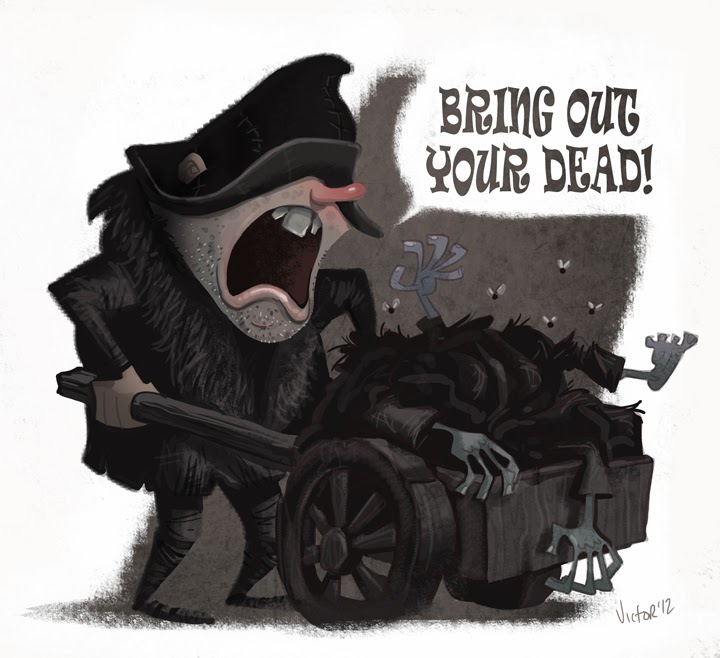 
Here's how it all went down: As soon as I realized what was happening, I identified the culprits, ripped them out, scraped away the mulch from under my heavily infected Graham Thomas rose, remulched, and hoped I had solved the problem. What had I accomplished? A big pile of nothing! Nada. Zilch. By the end of the summer my roses had very few leaves left and stood out like skeletons in an anatomy class. It was depressing, to say the least. 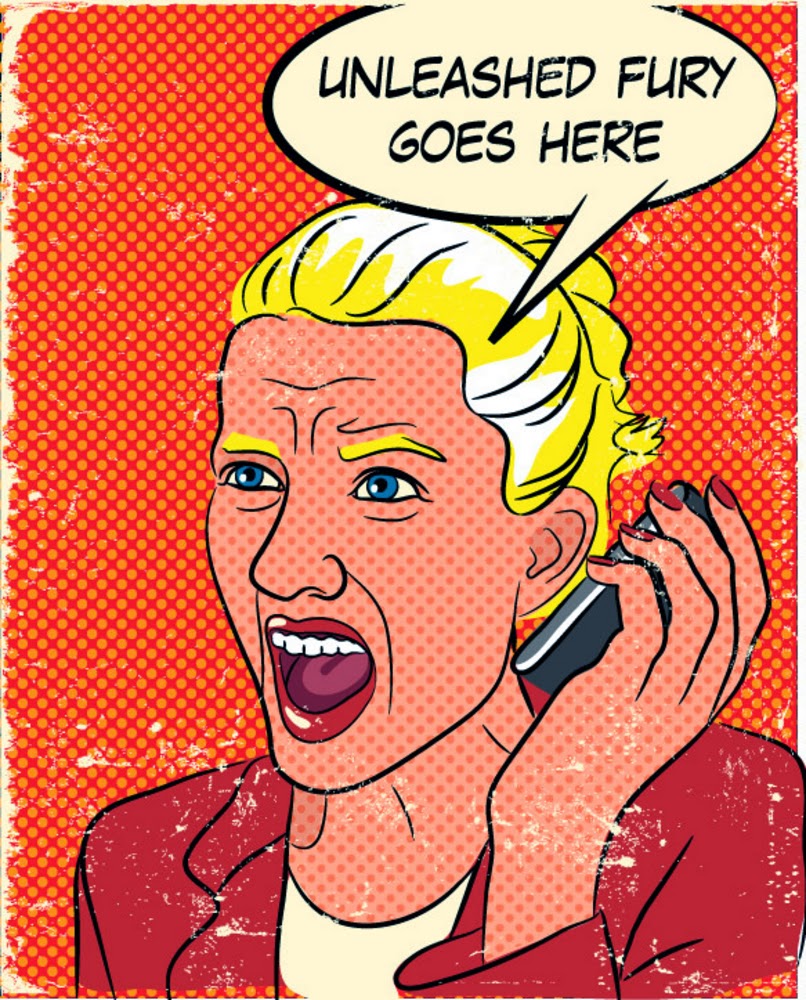 Here are the black spot fungus myths that fueled my actions: 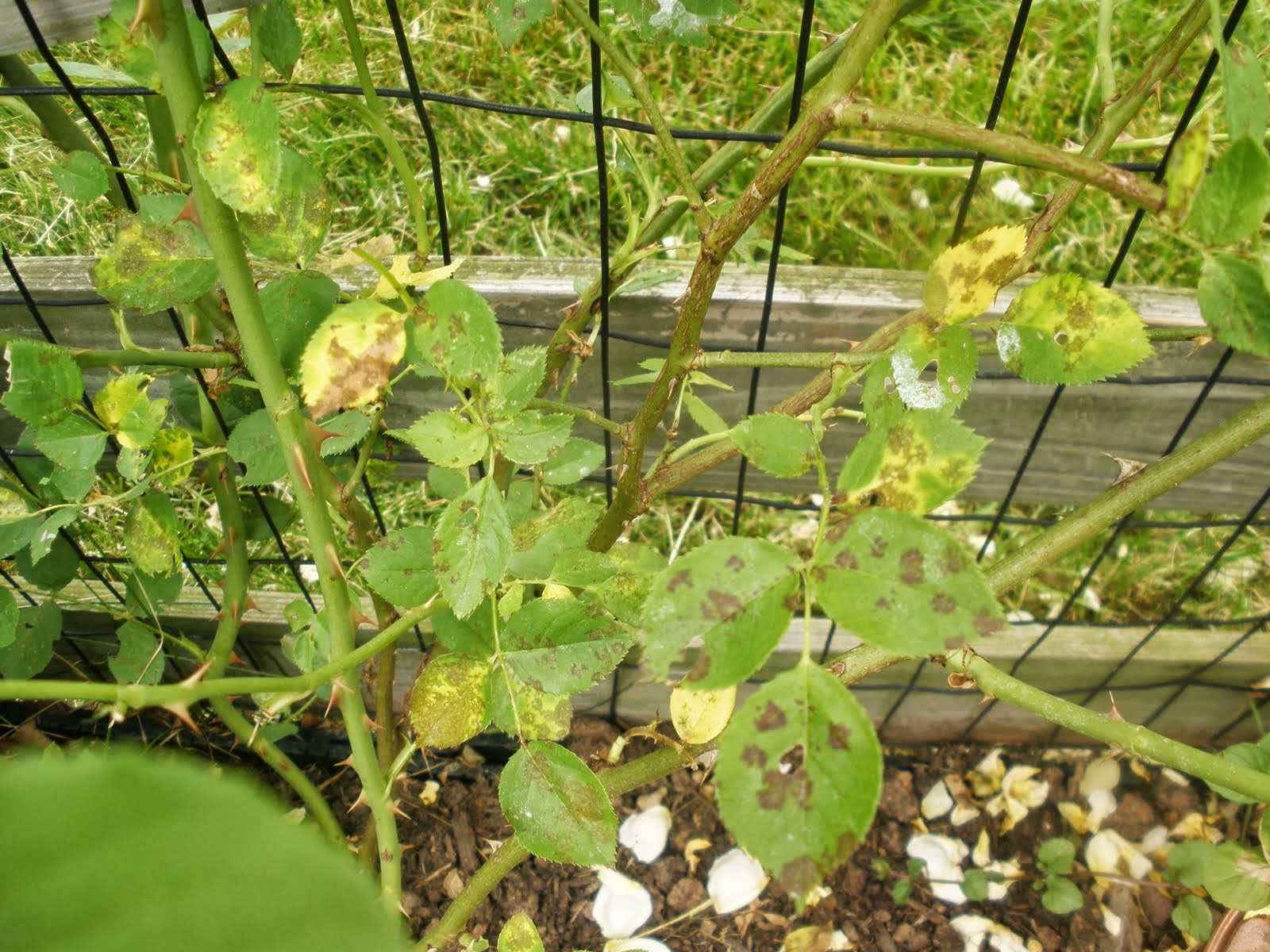 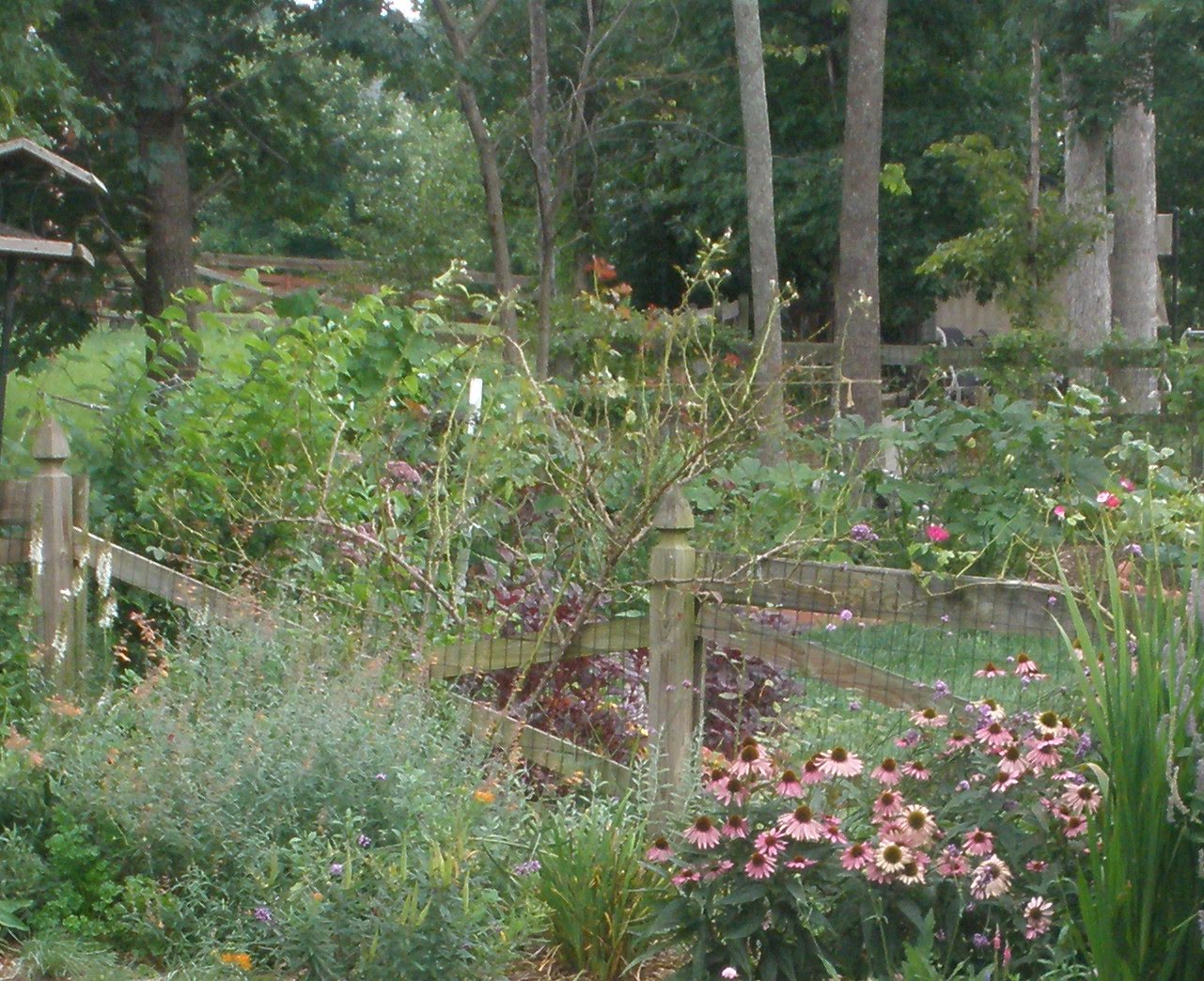 From left to right are 'Westerland', a small 'Jude the Obscure' (David Austin) that's really hard to see, and a 'Night Owl' rose in August.

Once I realized the black spot was spreading, I continued to unleash every weapon in my arsenal. Unfortunately, I wasn't as well stocked as I thought I was. I tried homemade anti-fungal sprays, commercial sprays, and misapplied a fungicide. I pulled off every leaf only to have the new leaves quickly develop more spots. I picked up as many leaves as possible from the mulch but nothing worked. Instead of being proactive, I stuck in a reactive loop going nowhere. So I just gave up. 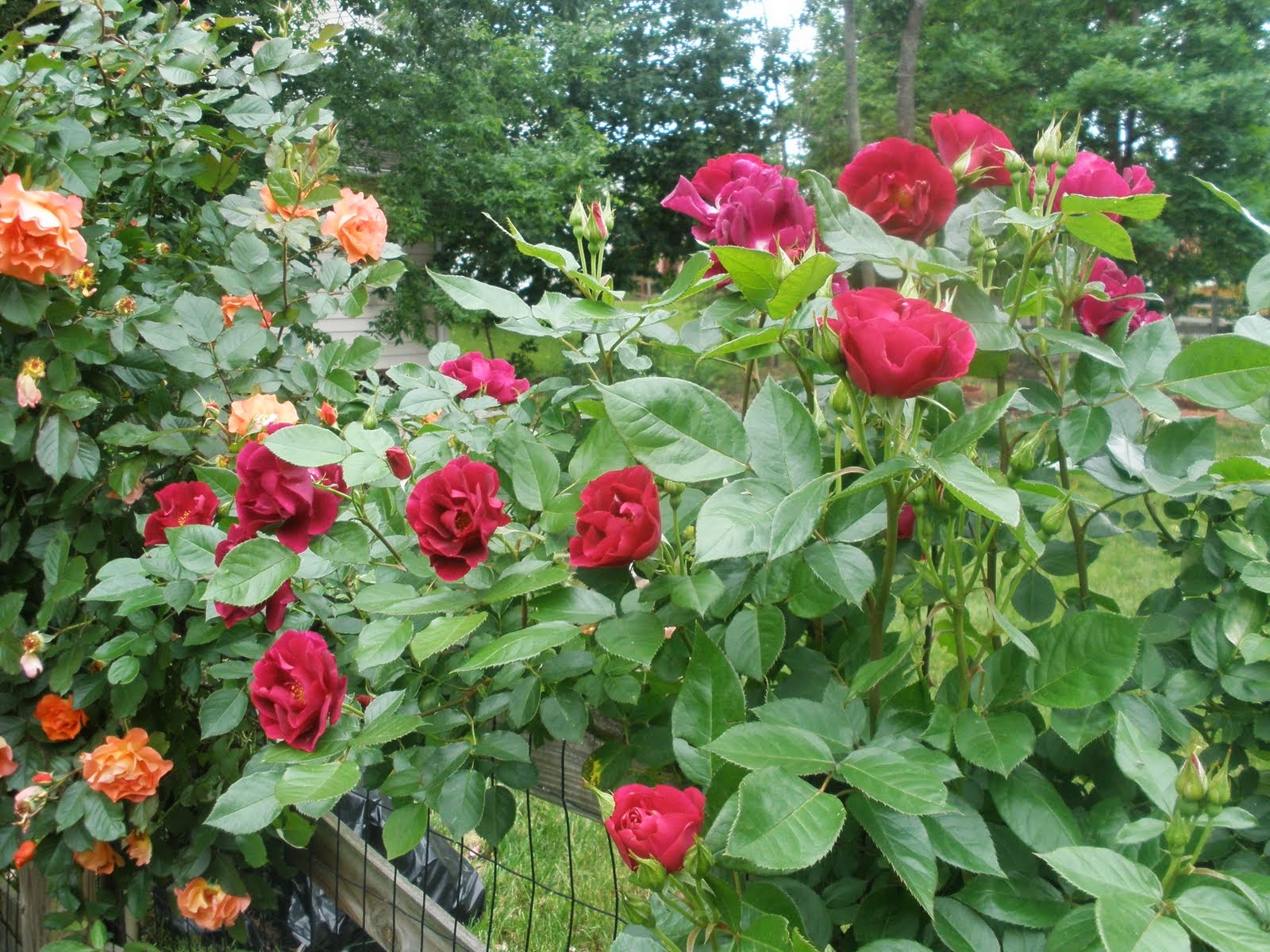 Westerland and Night Owl roses in May 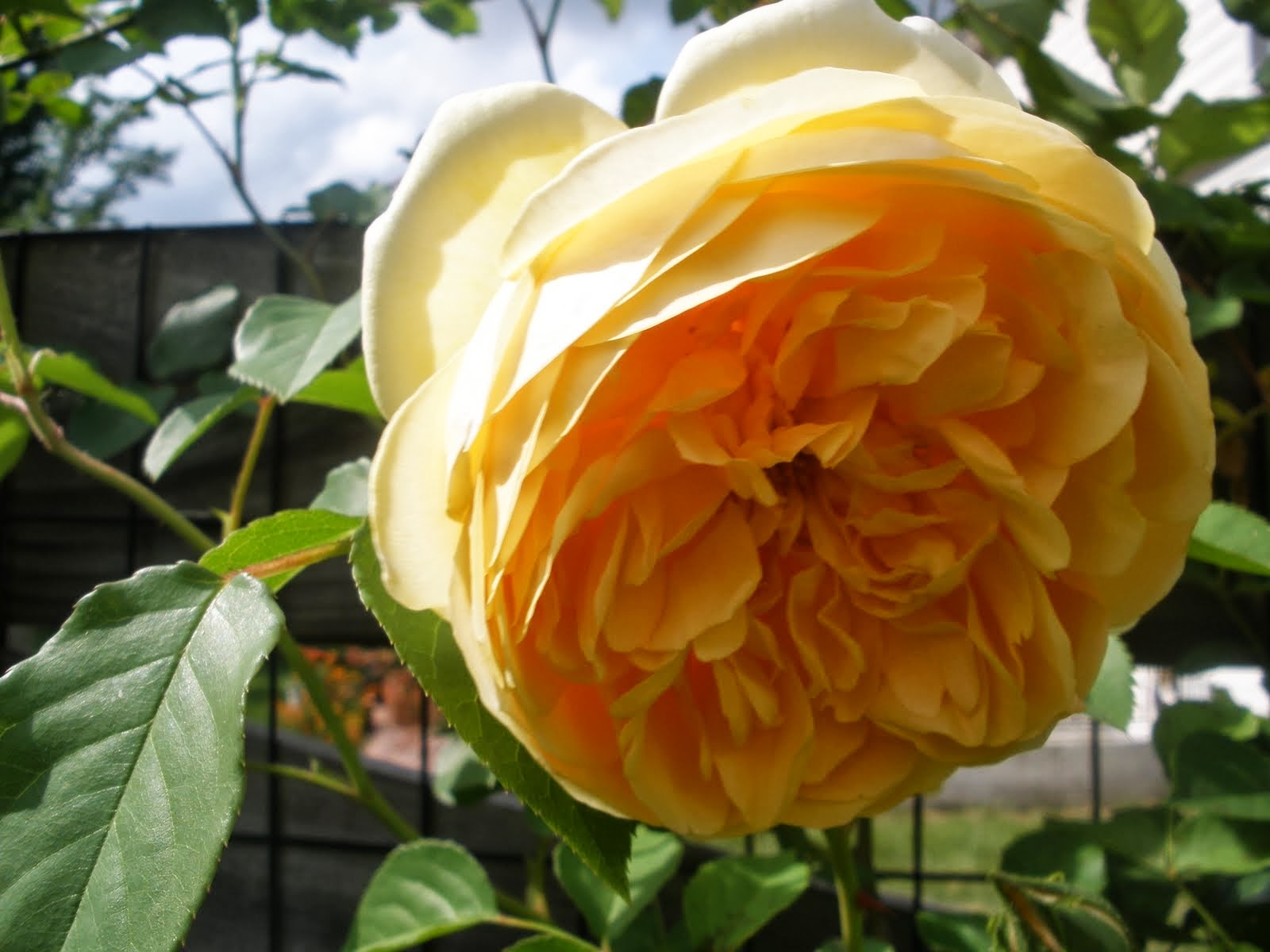 Graham Thomas (David Austin) in May

But I never really give up. I was just pulling back until I could figure out a better battle plan. I decided to let my roses put out as many new leaves as they could, knowing they needed them to photosynthesize. I continued to pick up all the dropped leaves from the garden and started researching. Convinced my own lack of knowledge had contributed to the disaster, I had to become smarter than my enemy.

November 2013 - I removed as much mulch as possible from around my roses and picked up every rose leaf out of the garden but probably missed a few. I remulched and also applied Organocide Systemic Fungicide as a drench around my roses. I'm hoping this helped reduce the pathogen load in my roses and the surrounding soil. 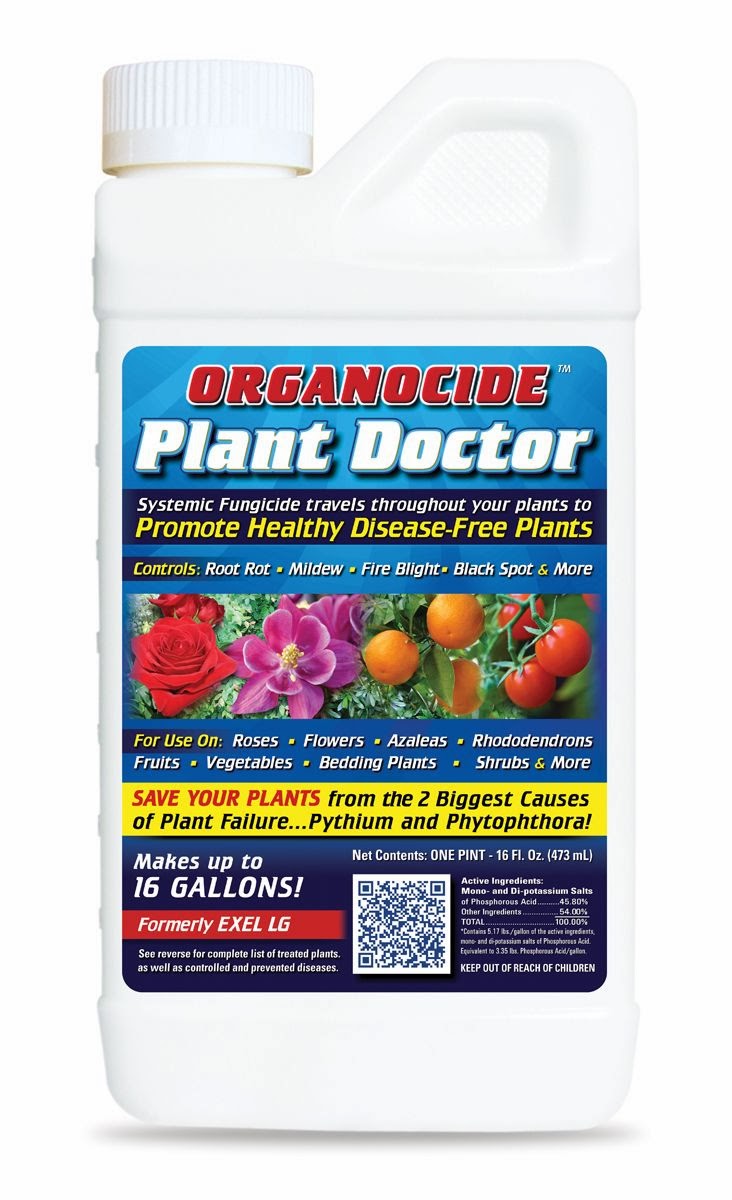 This was the only systemic fungicide I could find that didn't also contain a pesticide. The name, however, does give me the creeps and makes me a bit protective of my kidneys and liver.

Mid-February 2014 - I pruned my roses, cutting off as many infected canes as I could. Several roses were reduced in size by about 75%. Cutting my roses back that severely was upsetting but necessary. Fungal spores overwinter on the canes as well as in the soil and mulch. The canes on the 'Night Owl' and 'Westerland' roses were covered in fungal lesions and were cut more severely than the rest. I cleaned my pruners after every cut with Lysol wipes. 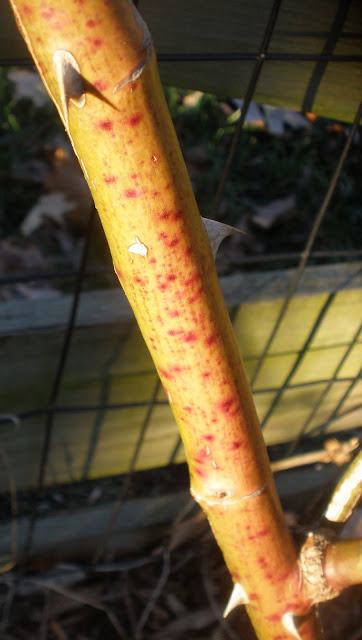 My Night Owl canes were so covered with lesions, they looked like they had smallpox. I'd grown this rose for 6 years before having this problem. In 2012 I moved it to a much sunnier spot but didn't realize it wasn't as moist as its previous location. I think the stress of moving to a drier spot decreased its ability to fight off the fungus. I now have a thick soaker hose at its base and keep it very well watered. This entire cane was removed.

Mid-February 2014 - I applied Lime Sulfur spray to my dormant rose canes. Even though this is organic, the solution is highly caustic and I wore long sleeves,  gloves and safety goggles. I also sprayed the surrounding mulch and grass.

April 2014 - Once my roses begin putting out new growth, I will apply another fungicide drench. This will be my last application for the season. Overuse of fungicides kills the beneficial microbes and fungi needed for healthy soil. About a week after the fungicide has been applied, I will amended the soil with compost and an organic fertilizer. I don't use a rose fertilizer since my dogs will dig up the rose to eat the bone/bloodmeal they contain. I make my own fertilizer with homemade worm compost, ground alfalfa meal, bat guano, greensand, kelp, and dried ground up banana peels. I will also start spraying my roses weekly with the organic preventative fungicide sprays Serenade and Actinovate. I don't think spraying is a hassle, especially since it just takes a few minutes and I'm always out in the garden, anyway.

I do not use any Bayer or Bonide Rose Care products. I will pull every rose out of my garden before I apply these. 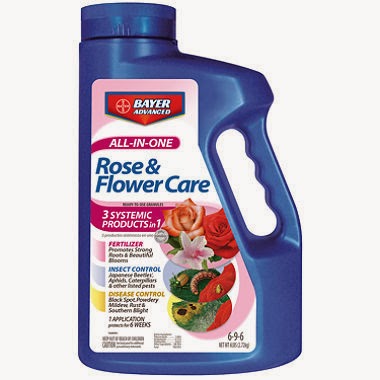 Both of these products contain the pesticide imidicloprid, a neonicontinoid class pesticide responsible for Colony Collapse Disorder in honeybees. Most fungicides contain imidicloprid or similar pesticides because a fungus is considered a pest. Chlorothalonil is another pesticide that is widely included in commercial fungicides, especially those by Ortho. 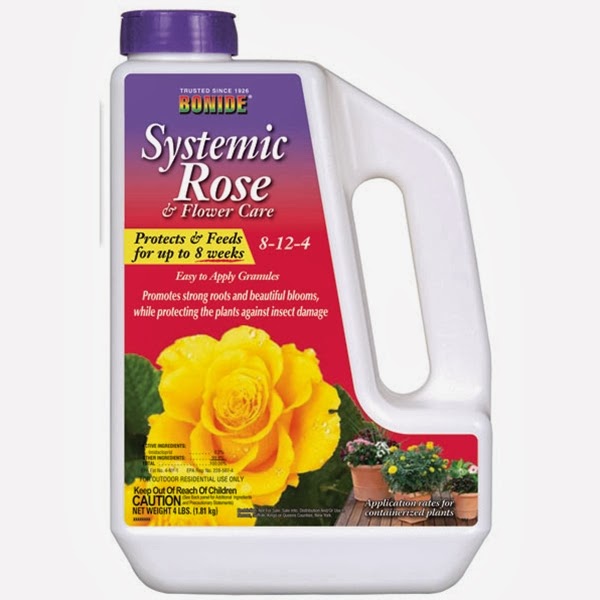 So, have I eliminated black spot for good? Doubtful, but I'm hoping to have knocked it back to the point that dealing with it can be classified as a minor scuffle instead of a war. I'll post updates this spring and summer to document the outcome. 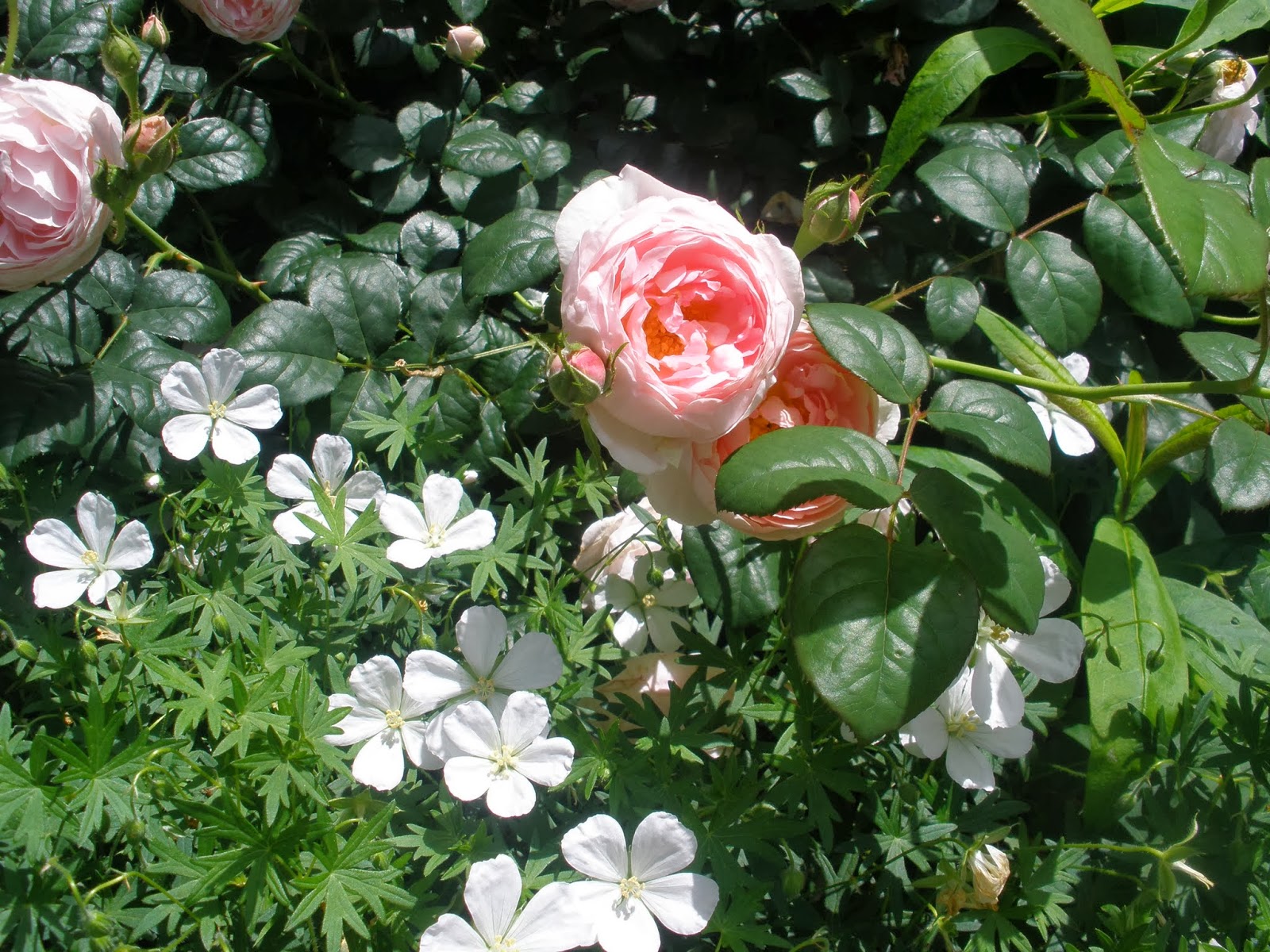 My Sceptre d'Isle rose was isolated from the other roses by a patio and had been drastically pruned the previous fall when it was transplanted to a sunnier spot. It didn't develop black spot until late fall.
Posted by Casa Mariposa