Like most of the world, I've been watching the Olympics this week. Badminton scandals, stressed out gymnasts, and superhuman swimmers have dominated daily conversation. If gardening were an Olympic sport, I wouldn't even make the preliminary cuts, but I'm okay with that. I'm comfortable in the PeeWee League. Friday's Washington Post  featured a front page article about gymnast Gabby Douglas, a tiny dynamo from Virginia whose gravity defying routines left me glued to the TV, my mouth agape in wonder. Described by the media as fearless, she's quoted as saying, "You just have to go out there and be a beast." 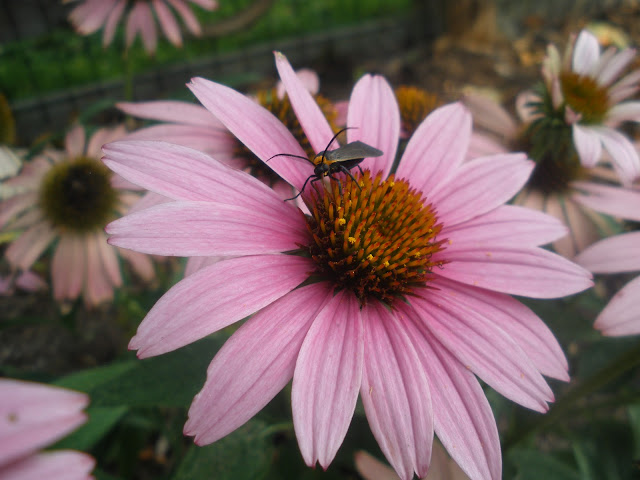 Cone flowers in the rain garden
One bed I redesigned last year is still a mess and will need to be redesigned again this fall. Several beds need to be tweaked and one section of my Founding Flowers garden needs a dozen cone flowers taken out, the soil raised by 6 inches, and all the cone flowers replanted. Half of the Yuck side needs to be completely relandscaped and my last dahlia blew over in a wind gust today, breaking the stem. My garden is thirsty, my water bills outrageous, and I have a weird spot on my first almost ripe tomato. It's easy by mid-summer to fixate on all our mistakes, curse Mother Nature, and blame ourselves for, yet again, putting the wrong plant in the wrong place. But I refuse to give up. My garden will never win a medal but I'm going to garden like a beast, anyway. I have nothing to lose by being fearless. 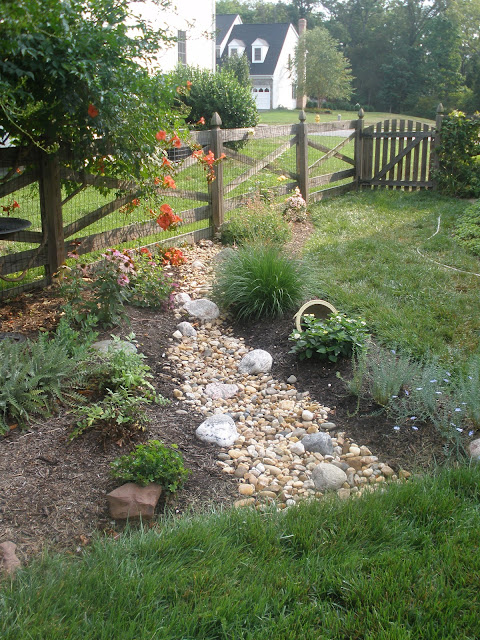 I added this rain garden over Spring Break in April. 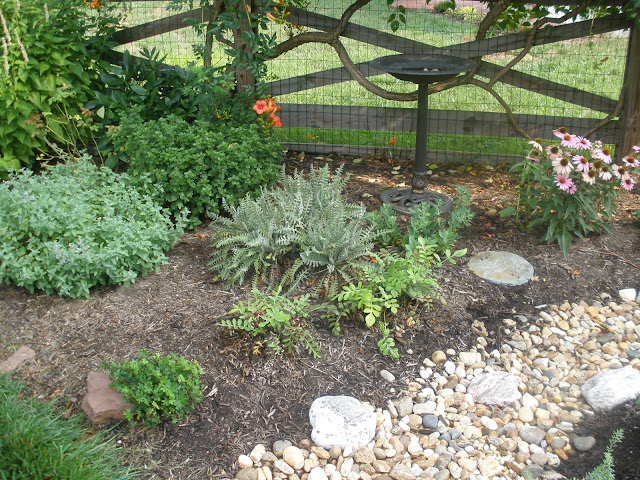 Several of the plants I used for this bed were seedlings from other parts of the garden. This fall, I'm replacing the sedum seedlings near the birdbath with 'Purple Emperor' sedum. I think the purple leaves will look sharp near the silvery yarrow foliage. 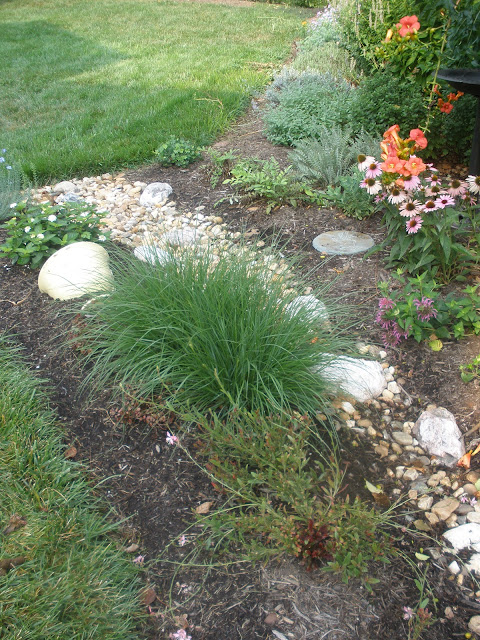 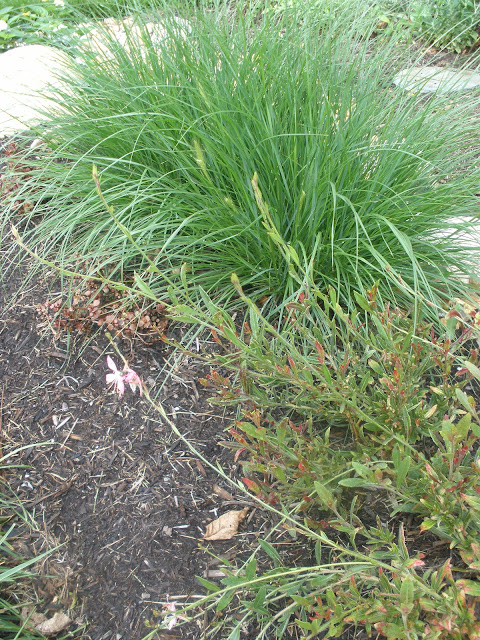 Sedum 'Voodoo' grows near the pennisetum but needs to be moved to a sunnier spot. I didn't expect the fountain grass to grow so much this year! 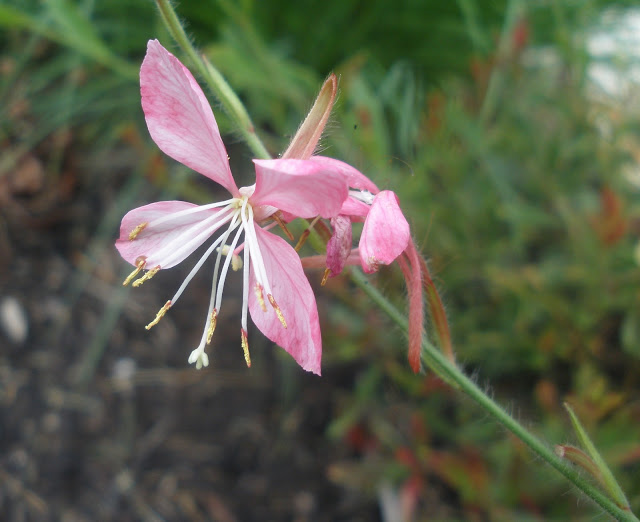 This gaura is much smaller and less floppy than most. 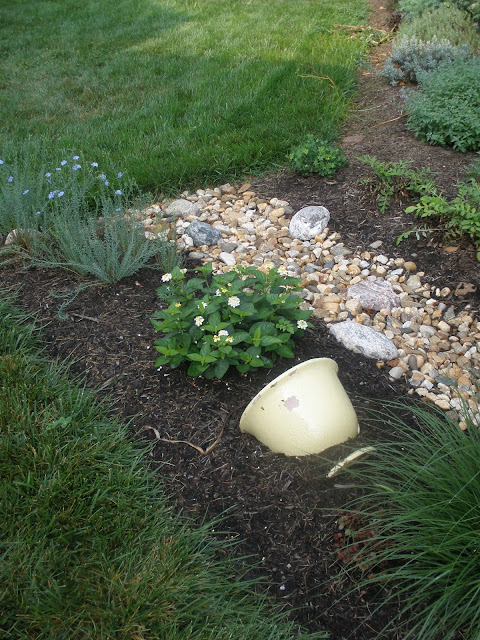 Yellow and white lantana near a broken pot turned into a toad house. 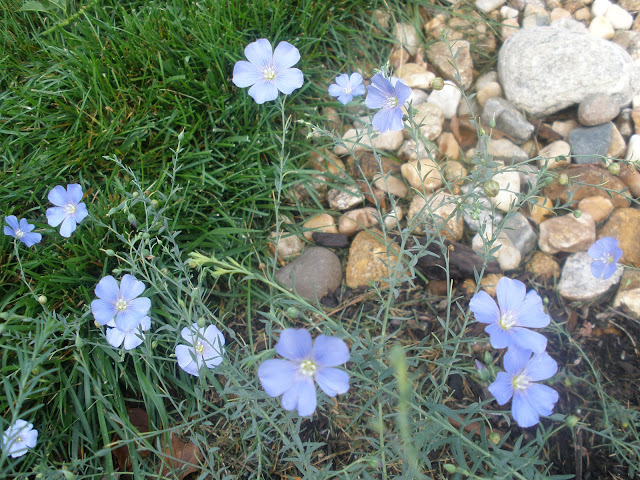 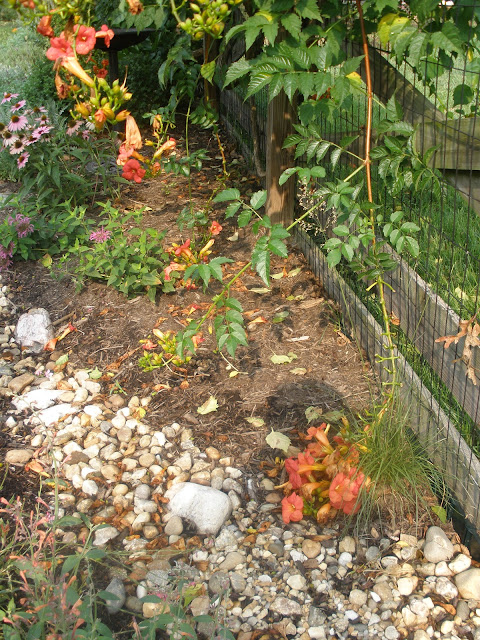 A trumpet creeper vine grows along the fence, constantly sending shoots up through the plants. Pulling these up is a weekly job. Prairie dropseed grass grows near the fence. 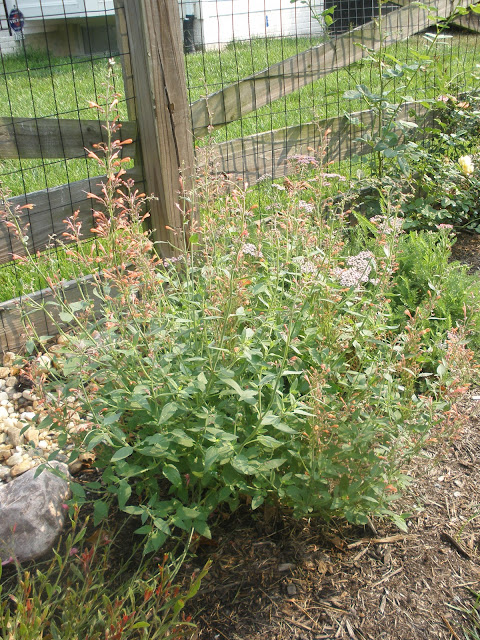 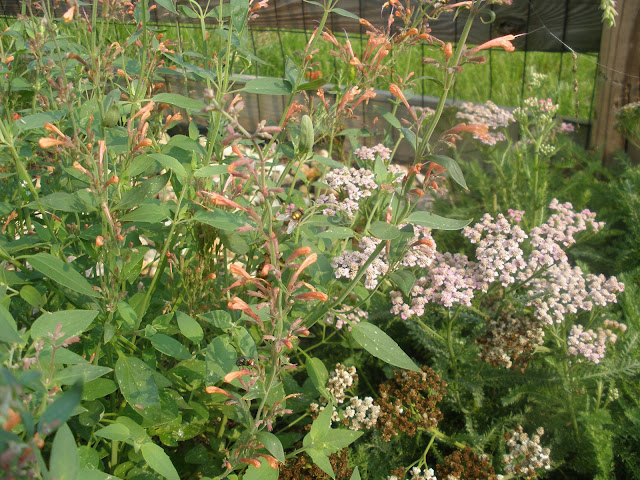 It's growing next to a very happy patch of 'Pink Grapefruit' yarrow that has tripled in size in just a few months. The flowers are bright pink. These had been on the plant for a long time and were very faded. 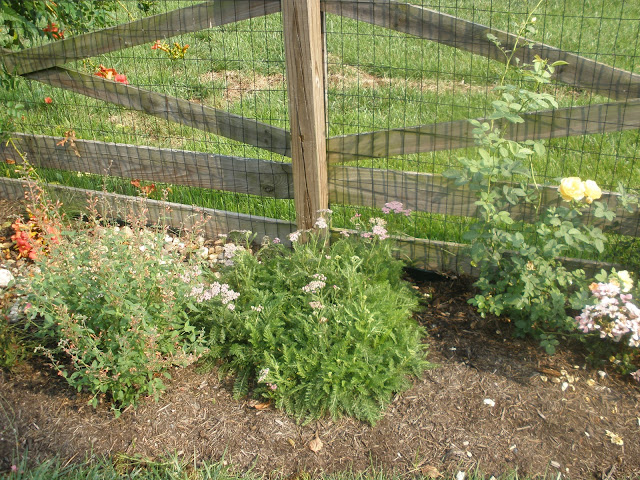 A climbing 'Graham Thomas' rose grows along the fence. 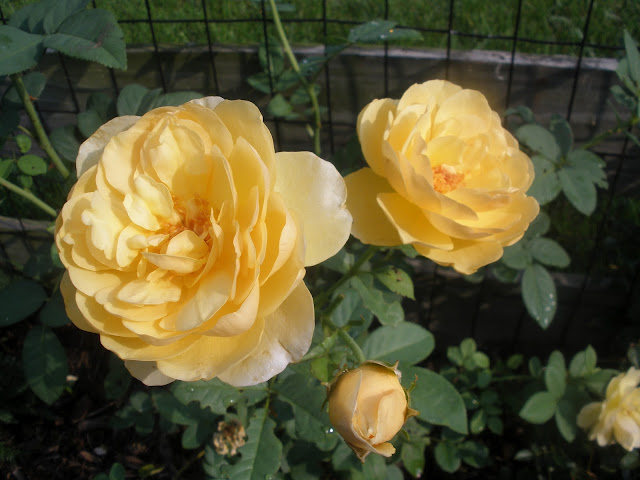 This has also doubled in size since I planted it. I love the soft yellow roses. 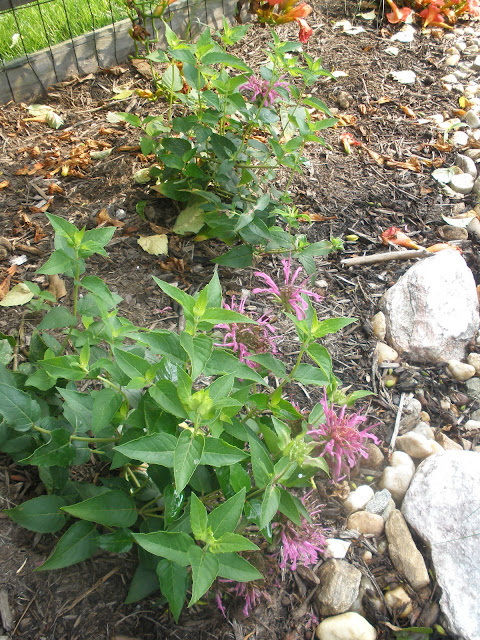 I originally planted three 'Peter's Purple' monarda but one was eaten by bunnies. This monarda is much more xeric than older varieties and has done very well. I need to selectively prune away a few trumpet creeper branches to give it more sun.
Posted by Casa Mariposa