The Case of the Collapsing Clematis 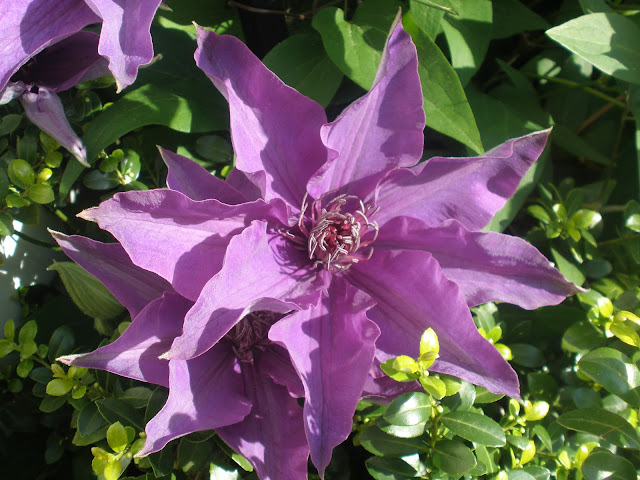 This picture was taken last May 2011. The clematis grows near a Japanese holly in the front garden. 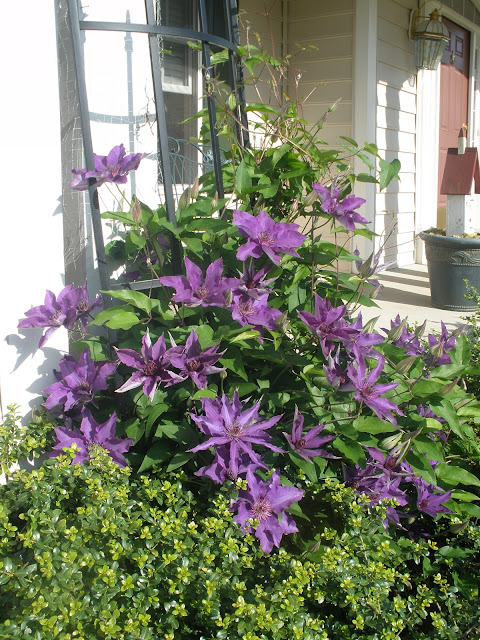 Abut a month ago I untangled the knot of clematis stems at the base and adjusted the soaker hose. I cut out quite a bit of dead wood. I should have taken a picture, but I forgot. 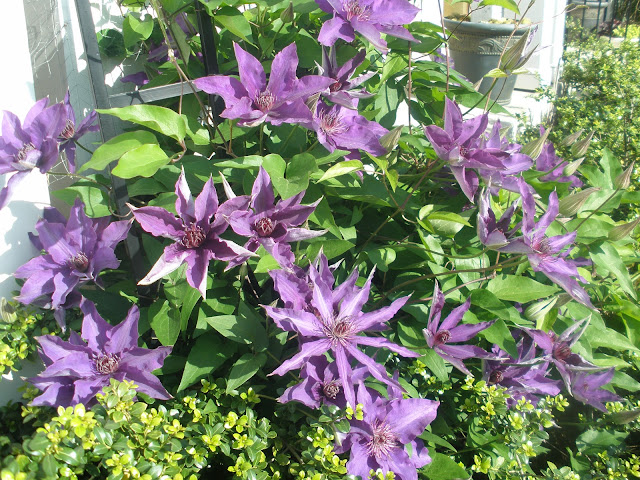 Maybe the main problem is that I expect it to look the way it does in May even though it's only April. 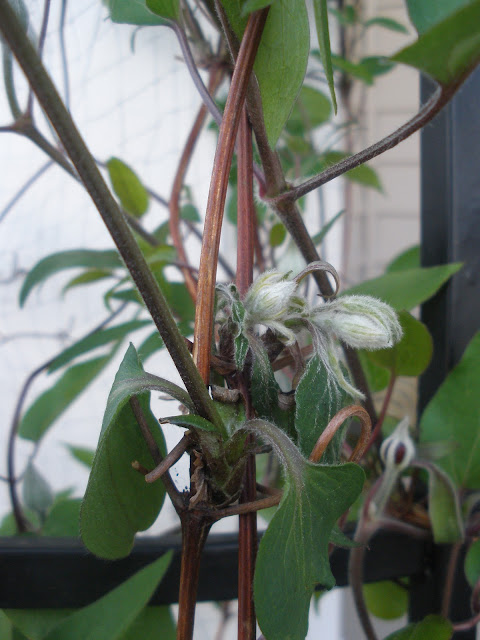 Several stems have begun to wilt while the rest of the vine looks fine. 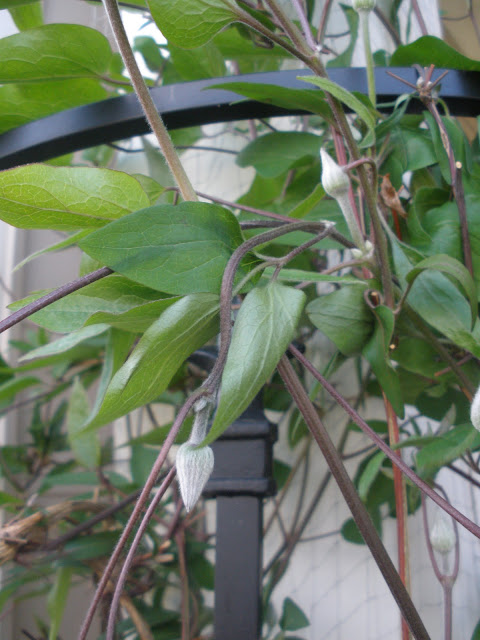 I cut the affected stems back to the ground. 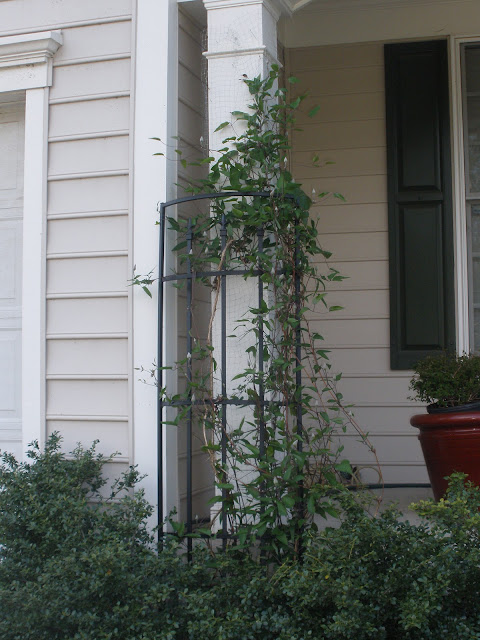 It's really scrawny right now and I can't remember if it was this scrawny last April. I think I need more sleep! I pulled it out of the hollies and trained up a trellis. 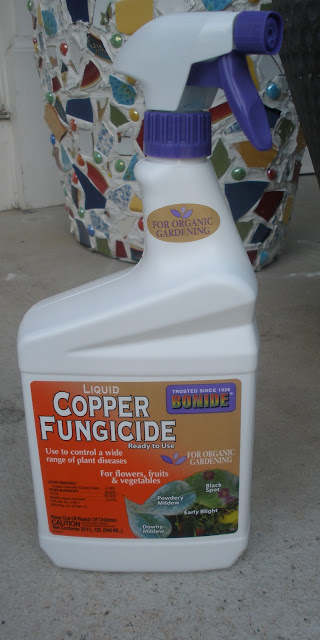 I sprayed it with a copper fungicide in case it's clematis wilt. A crazy mosaic pot I made last year is in the background. 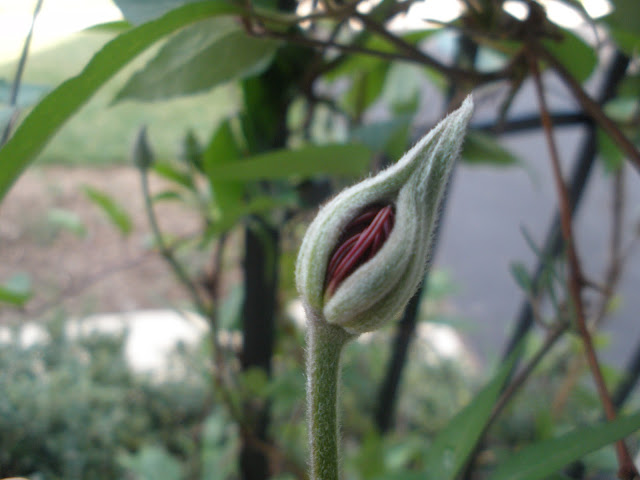 There's something rather alien about this bud. I'm keeping a close, but not too close, eye on it. 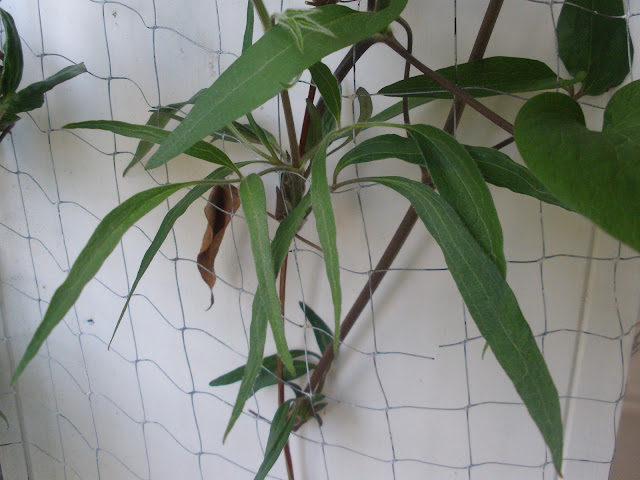 These leaves are like supermodels - way too skinny!
I need you to help me solve this case! Whaddya think the problem is??
Posted by Casa Mariposa